Anacostia River Mussel Power: How Many Mussels Species Do We Have in the River? 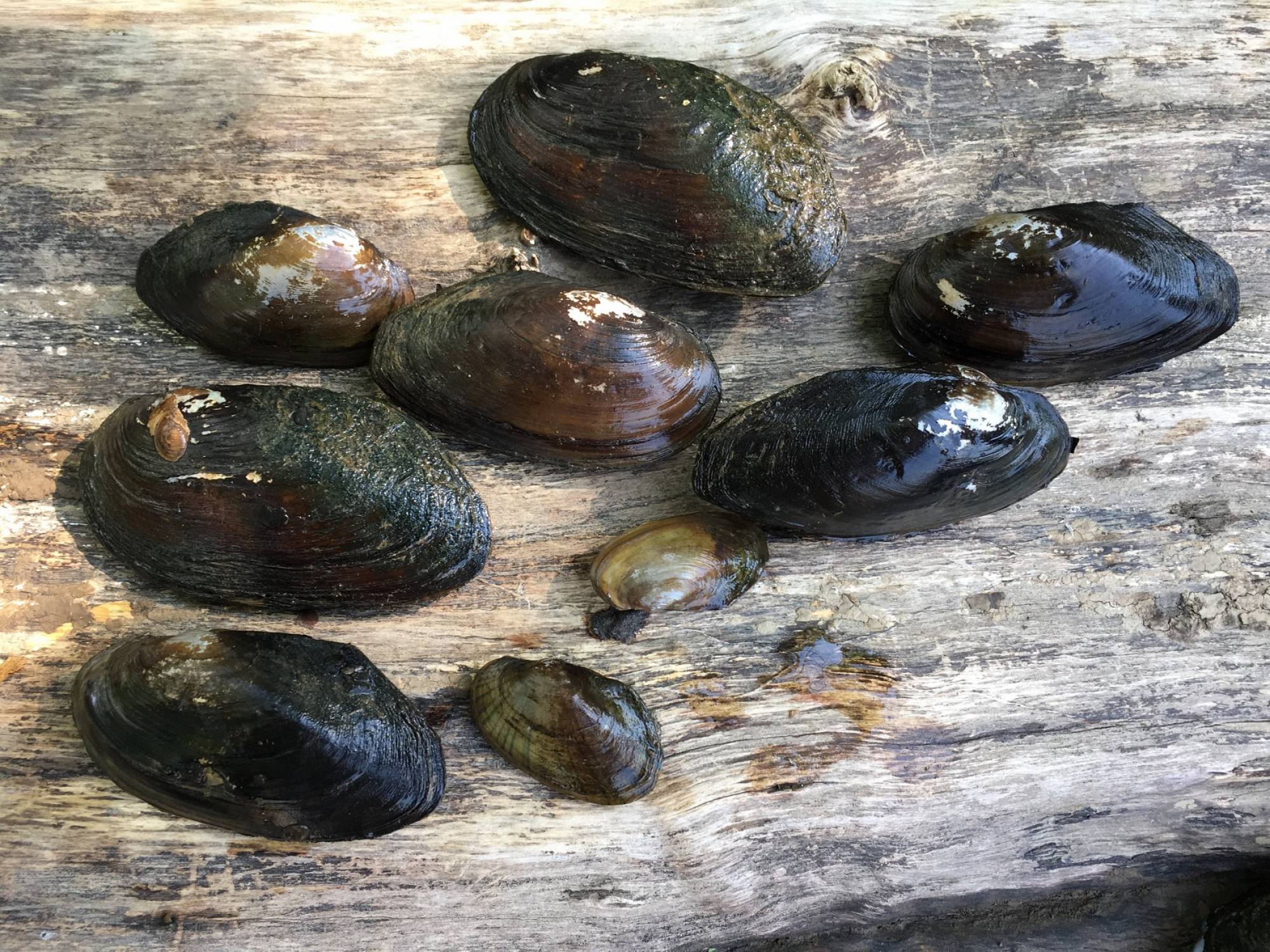 These 9 mussels of 4 species where found inside one of the PVC-pipe cages where we propagate submerged aquatic vegetation at Buzzard Point, near the confluence with the Potomac River.
December 21, 2018 by: Jorge Bogantes

Freshwater mussels were once highly diverse and abundant throughout the country. Especially on the east coast and the deep south, in that vast Coastal Plain region full of streams, rivers and wetlands. Freshwater mussels in the unionid family (the ones we have in the Anacostia River) are distributed in the whole world except Antarctica. From the Kākahi unionid mussels of New Zealand, once prized by the native Maori people; or the European painter's mussel (Unio pictorum) used by Dutch painters to hold their colors; to the many North American species that were important for prehistoric Native American societies as food sources and as materials to make utensils, ornaments and other things.

There are approximately 300 species of mussels in the U.S., with the highest species diversity found in the Southeast. Maryland has 16 species, Virginia has 82 species, North Carolina has 60 species, Alabama is the most diverse with 180 species! But, how about DC and the Anacostia River? It's been three years since we started working with freshwater mussels in the Anacostia River. First we partnered with Maryland Department of Natural Resources to assess the mussel communities, then, we continued doing our own surveys, and now we are doing propagation! So far we have identified 8 species of freshwater mussels. That's 8 of the 16 known to occur in Maryland. 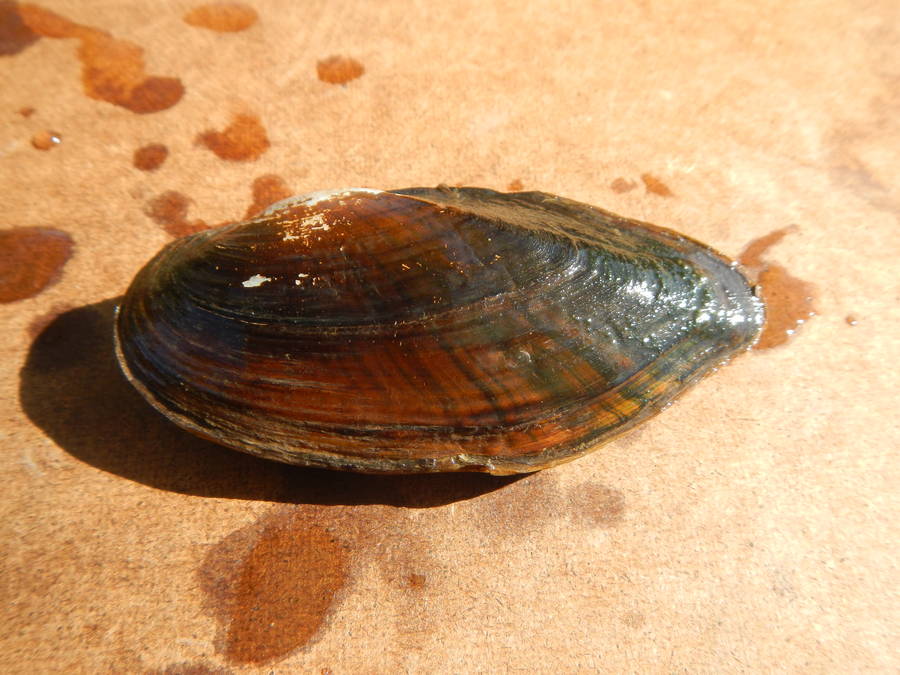 Eastern pondmussel (Ligumia nasuta). One of the 3 species we are propagating in the river. It is considered a Species of Greatest Conservation Need (SGCN) in both Maryland and the District. 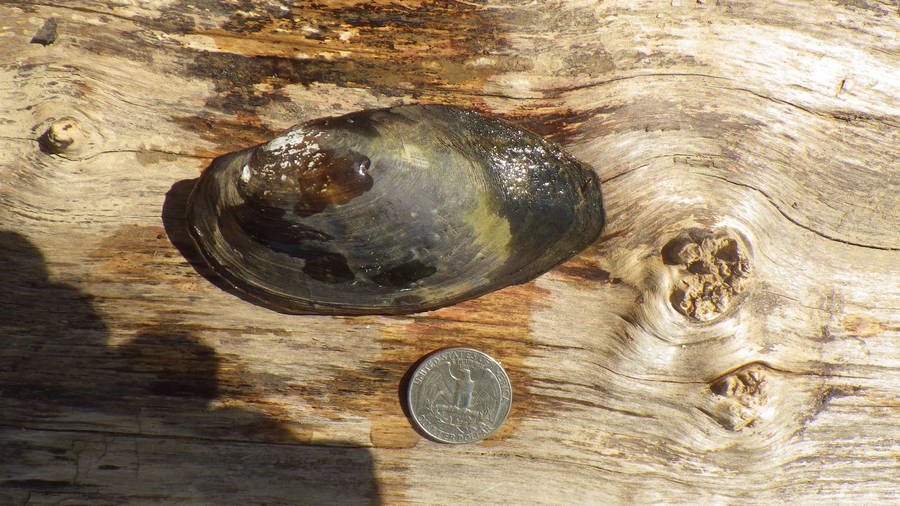 Alewife Floater (Utterbackiana implicata), another one we are propagating and also listed as SGCN in both Maryland and DC. 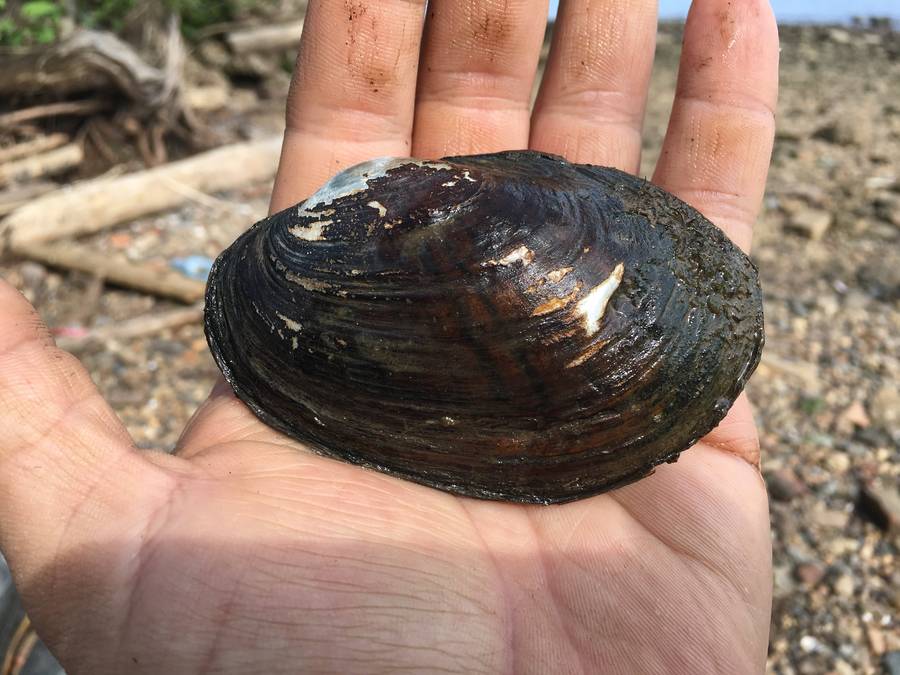 Eastern Lampmussel (Lampsilis radiata) the other species we are propagating. Not listed in DC and its status is still uncertain in Maryland since it has not been thoroughly evaluated yet. 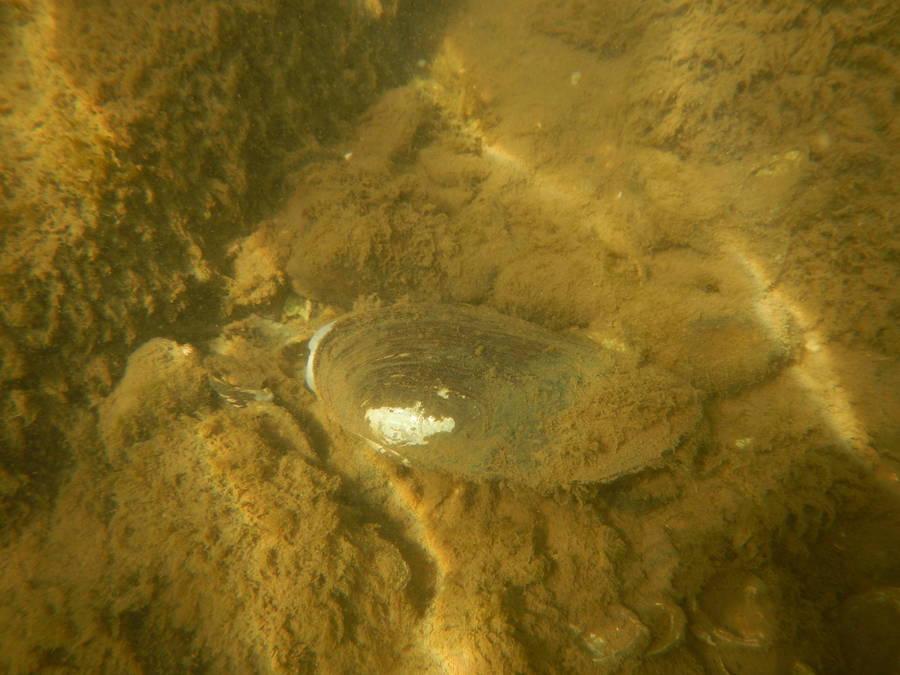 Eastern elliptio (Elliptio complanata). Not listed because it is a common species throughout. Its main host fish is the American eel. 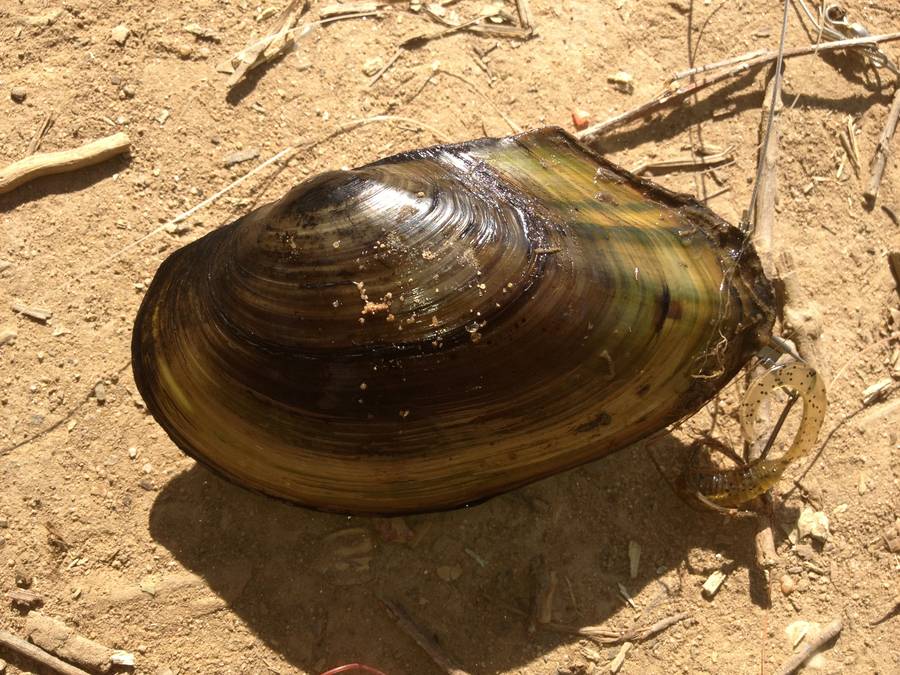 Eastern floater (Pyganodon cataracta). Also not listed and relatively common. In the Anacostia River it is found everywhere including at the ponds at Kenilworth Aquatic Gardens. This individual was caught when it shut its valves on a fishing line at Bladensburg Waterfront Park. 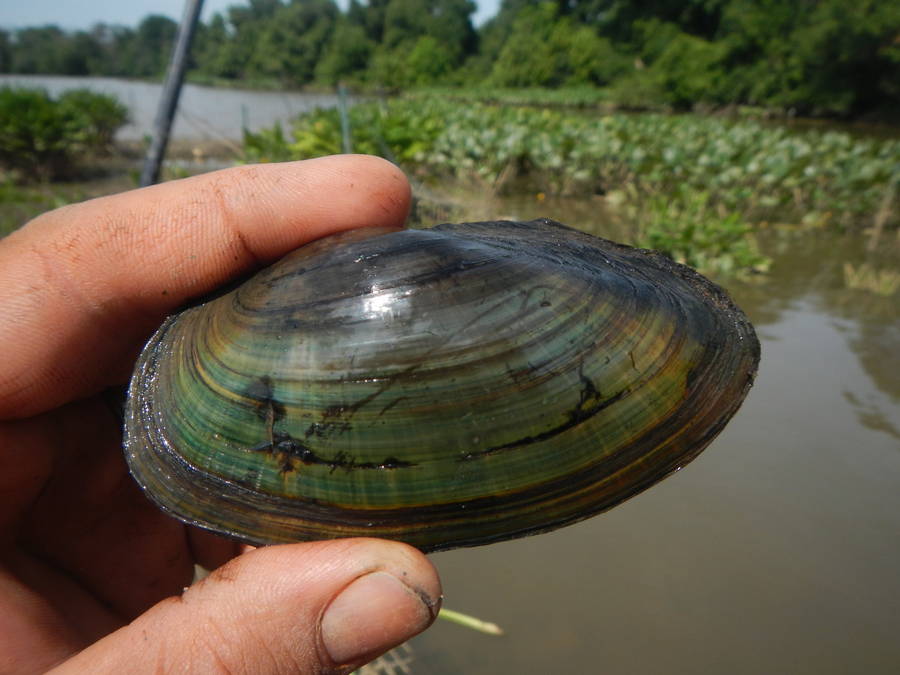 Paper pondshell (Utterbackia imbecilis). Less common in the river and prefers sandy and muddy substrates. Listed as SGCN in Maryland. 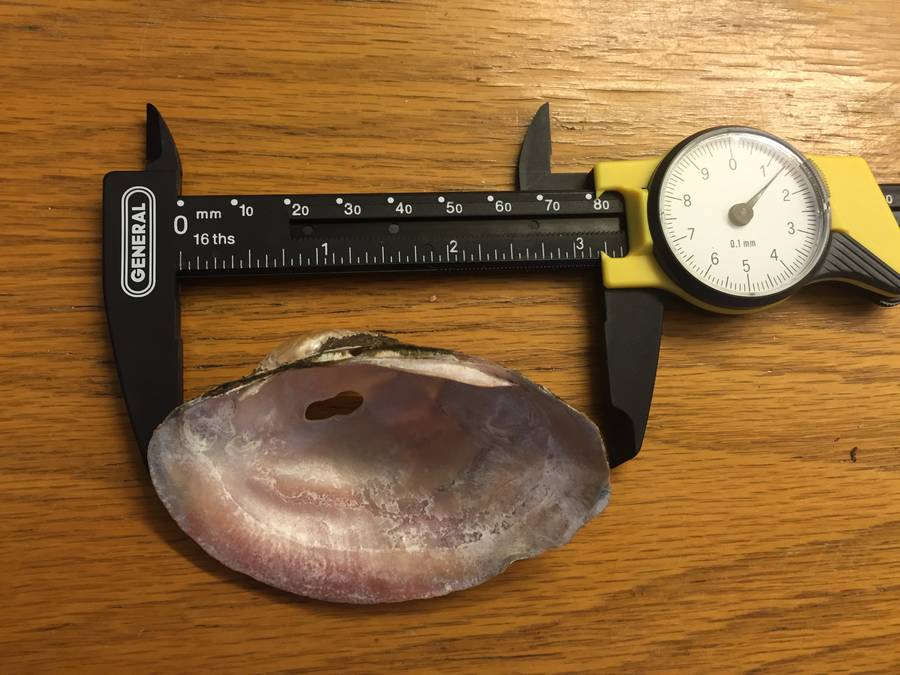 Tidewater Mucket (Leptodea ochracea), note the nice salmon color on the nacre. Listed as SGCN in both Maryland and DC. As its name implies, it is mostly found in tidal freshwater systems. 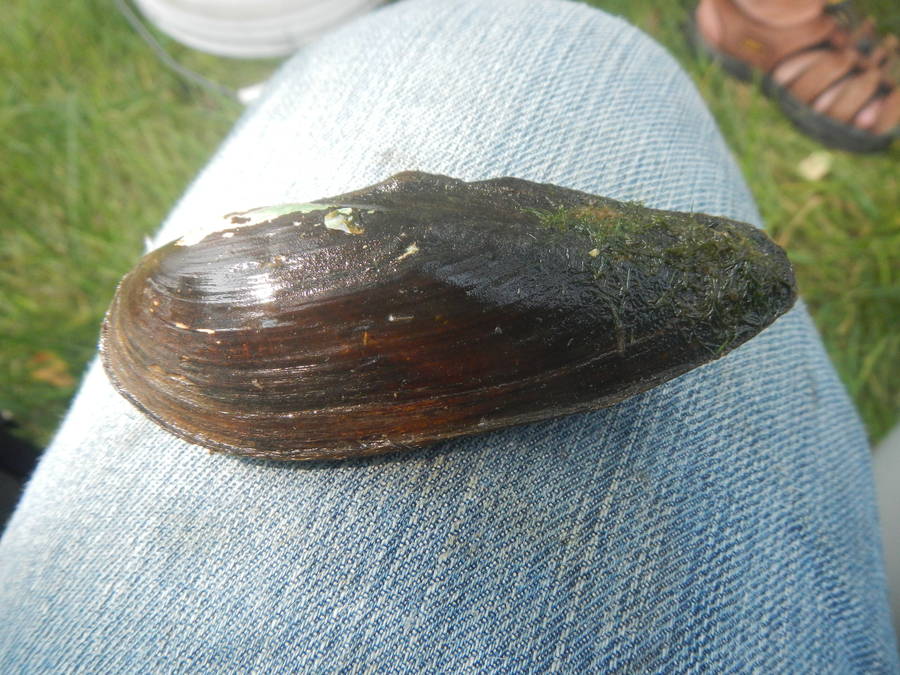 Northern Lance (Elliptio fisheriana) listed as a SGCN in Maryland, it has not been listed in DC yet. There are a few similar lance-shaped species like the Northern lance that are currently being analyzed genetically to better identify the species.

As you can see, at least 5 of the 8 species found in the Anacostia River are listed as Species of Greatest Conservation Need (SGCN) which comes to show how fragile the conservation situation is for freshwater mussels. The good thing is that we are now propagating 3 of these species, and YOUR HELP will be critical next year to make our efforts a success.

back to top
More in this category: « Restoring Riverside Meadows, One SONG at a Time Anacostia River Mussel Power: How Can YOU Help? »
Keep in the Loop
Get the Latest updates on our work delivered to your inbox.
Subscribe Now