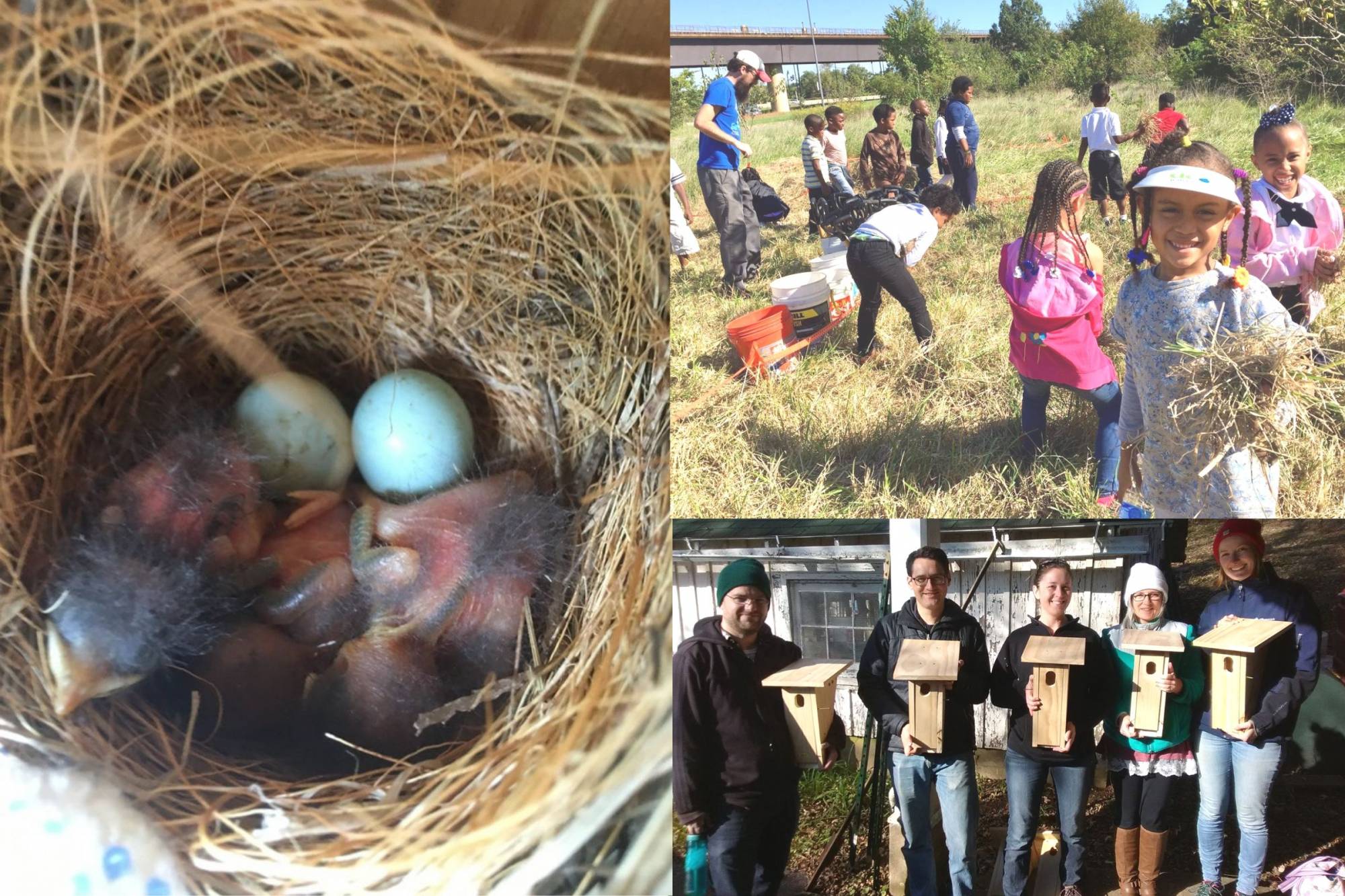 Our Maryland Master Naturalists have been hard at work this spring monitoring the bluebird boxes they installed last fall at the Confluence Meadow in Bladensburg, and just this week they were greeted with a welcome sight: this brood of baby bluebirds!

Bluebirds are an important native species in our region. From that link:

By the 1950's and 1960's, the numbers of Eastern bluebirds dropped dramatically. The reason for this was partly because less farm land, favored by bluebirds, was available. In addition, Eastern bluebirds compete with non-native House sparrows and European starlings for nesting locations. Other factors contributing to the decline of Eastern bluebirds included the use of pesticides like DDT. DDT directly affected Eastern bluebird’s food supply while also indirectly causing low reproductive success due to thin egg shells.

One reason we are seeing the bluebirds make a home here, is that the Anacostia Watershed Society has been working hard to restore and maintain the riverside meadow. Through our youth meadow restoration program called SONG, for Saving our Native Grasslands, hundreds of young students got their first taste of environmental work by helping to re-seed these meadows. Hundreds more volunteers have worked with us to maintain the meadows, pulling out invasive plants so the native wildflowers and grasses can thrive.

We have more than 10 acres of meadows that we maintain throughout the Anacostia Watershed, and it's incredible to see the results of the river's resilience!

back to top
More in this category: « Cleaning up, Greening up - All for #AWSEarthDay! What Does Success Look Like? »
Keep in the Loop
Get the Latest updates on our work delivered to your inbox.
Subscribe Now