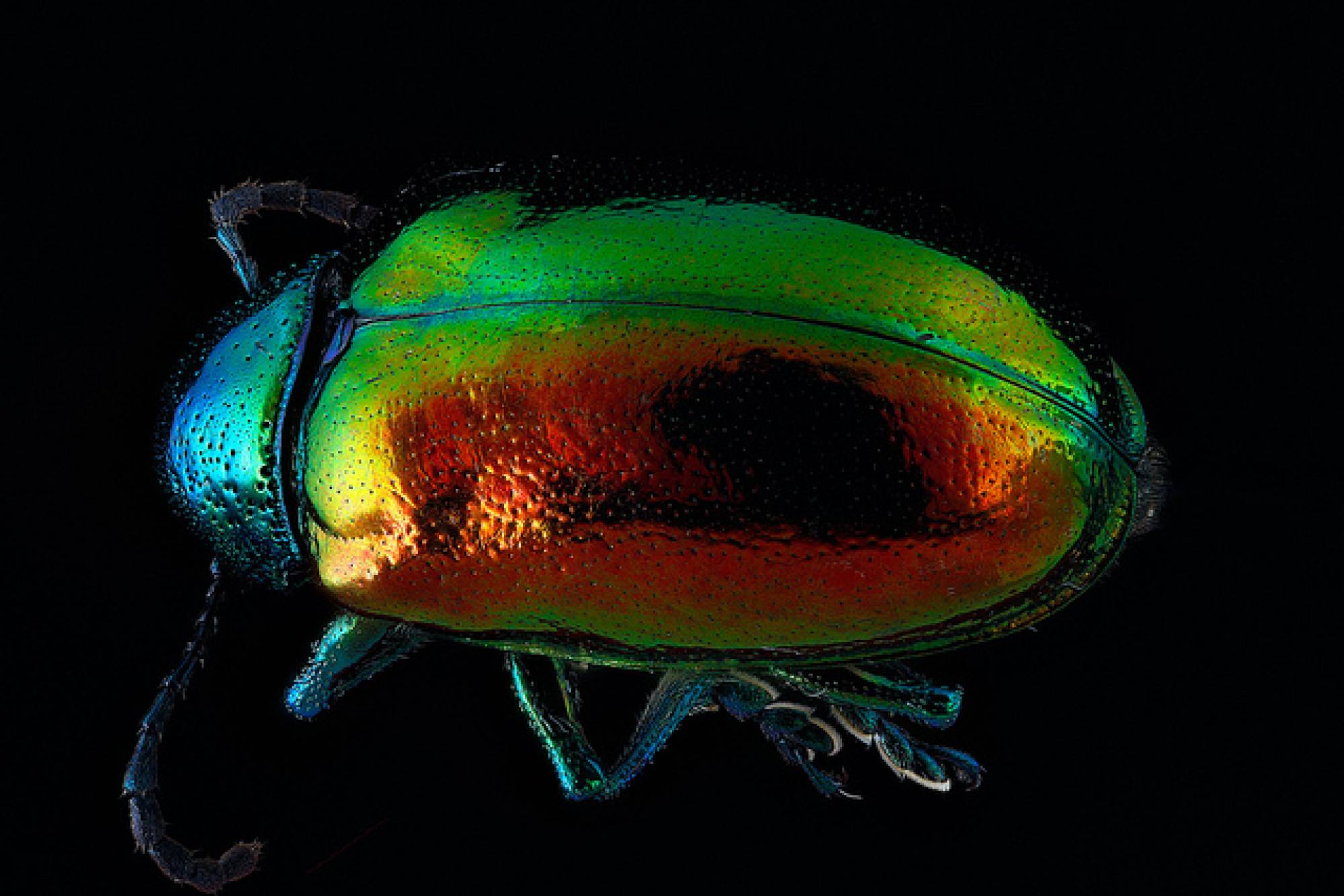 Our fall bioblitz has been a great opportunity to identify plants and critters. Not only that, it is a great time to meet fellow naturalists in the watershed's great natural greenspaces, including experts in subjects such as fish and fungi. It's a great opportunity to learn by asking all those natural history questions you have in your mind. However, documenting the watershed's biodiversity is a year-round, watershed-wide endeavor that requires a lot of eyes out there in the trails, waters and backyards. iNaturalist has revolutionized this with their awesome (and free!) iNaturalist app. iNaturalist is a world-wide citizen science project and online social network for nature nerds, and biologists. It was created on the concept of mapping and sharing observations of organisms from all over the world. Great discoveries have been made using the app. Take the recent observation of a Hoodwinker sunfish (Mola tecta) in the coast of California. The fish was washed up on the shore and photographed by a local guy who entered the observation on iNaturalist. Later, a fish expert at the South Australian Museum saw the observation and identified it as a Hoodwinker sunfish! The hoodwinker had only been found in the Southern Hemisphere previously with the exception of another isolated observation from The Netherlands in 1889.

Our 2018 fall bioblitz was a success, the 2019 bioblitz will happen sometime in the early fall, stay tuned!

But again, in order to comprehensively document the species of the watershed, we need more people taking pictures and uploading them on iNaturalist year-round. That's why we have created an iNaturalist project called: Biodiversity of the Anacostia River. The purpose of the project is to document the species of the Anacostia River and its watershed. As I write these words (on 3/5/2019) the project had amassed over 3,400 species, from tiny mushrooms and insects, to sycamore trees and deer observations made by 1,949 people!! If you haven't already, give the app a try. If you like taking pictures and you like exploring nature, then, iNaturalist is right up your alley. One of my favorite recent additions to the iNaturalist platform has been the image recognition technology. When you upload a photo, of say a flower, the app will suggest identifications by giving you a list of the likely species you are observing. And I've noticed it can be pretty accurate, with some exceptions. One day I took a photo of a dark-colored cricket and the app identified it as a cockroach. But that's when real people, including local experts, and the social network component of the app, comes into play. People more knowledgeable than you will identify your observations and you can even comment and have conversations in the app. 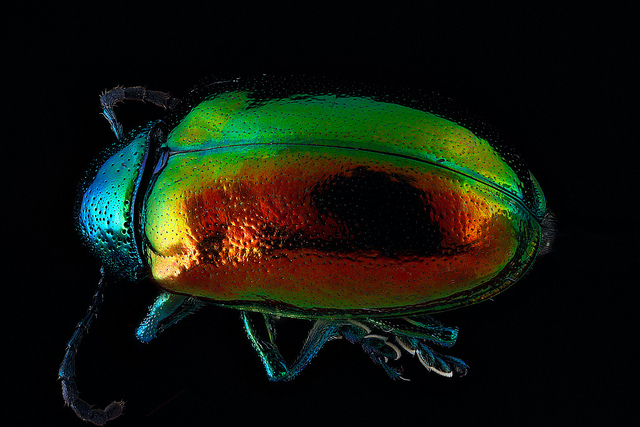 There were 3 observations of this nice native beetle aka Dogbane beetle (Chrysochus auratus) in the Anacostia watershed last year. These brightly colored beetles are known for eating the foliage of dogbane and milkweed plants. Because of that, they are rather poisonous to eat (if you are a bird), something clearly advertised with their bright colors. Like the entomologist Michael Raupp puts it, in nature the message would be: “That's right, I'm bad, don't even think of eating me.”. Photo: USGS Bee Inventory and Monitoring Lab.

The map below was a great exercise to visualize the data for our iNaturalist project. As you can see, the upper reaches of the Anacostia River watershed could use a lot more observations. This includes the headwaters of the NW Branch, Paint Branch, Little Paint Branch, Indian Creek and Beaverdam Creek. There's another big "gap" on the eastern part of the watershed, from Brier's Mill Run south through most of the Lower Beaverdam Creek and the Fort Circle parks. Plants had the most observations with a total of 4,293 observations in 2018, those are the green dots on the map. Second was insects with 2,039 observation (pink/amethyst triangles). The least observed taxon was, understandably, protozoans with 13 observations, most of them slime mold species, including the Pretzel slime mold. Other seemingly unpopular taxon was mollusks with 24 observations, which means I have to ramp up my wild mussel observations this year...

How can you help? Very simple, go out to the woods, wetlands, meadows, sidewalks and gardens of the watershed and snap photos of anything that strikes your fancy. Whether you know what it is or not. Because you have to remember that either the app with its image recognition technology or an actual person (amateur or expert) will ID it for you. I think of it as a way to learn about species I have no clue about. With that mentality I've been learning quite a bit about insects and mushrooms for example. 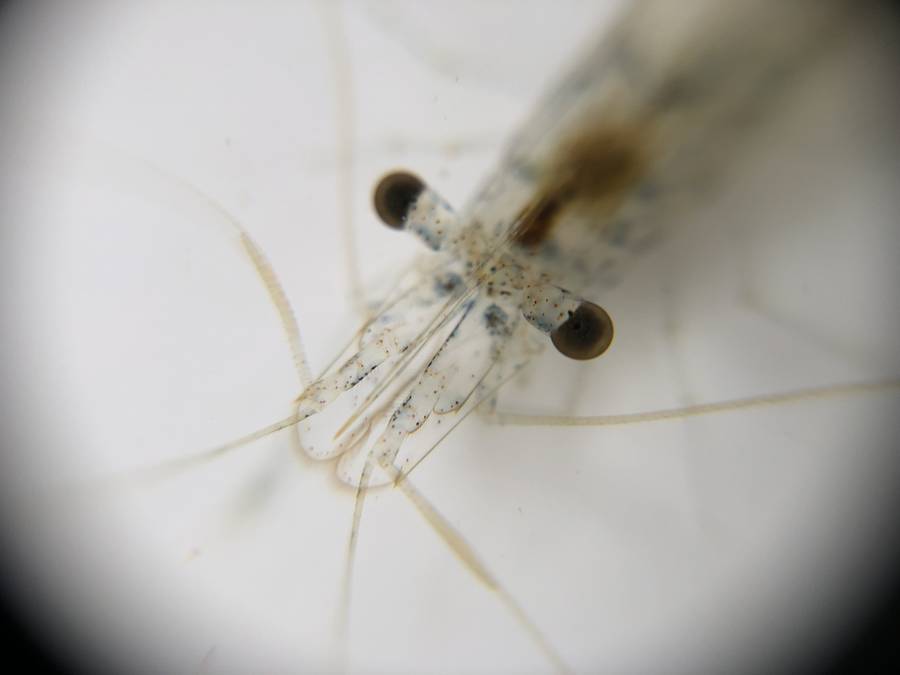 I learned about a new species (at least for me) last fall during our bioblitz. It was this awesome Eastern Grass Shrimp (Palaemonetes paludosus) found by Gregg Trilling and Gregg Petersen (from the Audubon Naturalist Society) at one of the ponds at Kenilworth Aquatic Gardens.

Actually your next big opportunity is coming up in the spring with the City Nature Challenge, April 26-29th. It's like our virtual bioblitz where you can go out and make your own observations during that weekend. However this is an international event and there will be local events associated with it, stay tuned since we are still baking something for that weekend... here in your favorite watershed. iNaturalist species observations in the Anacostia River watershed in 2018

back to top
More in this category: « Master Naturalist Program: "A Terrific Way to Spend a Summer" Anacostia River #MusselPower: The Story Map »
Keep in the Loop
Get the Latest updates on our work delivered to your inbox.
Subscribe Now