Gullywasher at the Old Port of Bladensburg

On Thursday, September 10, the DC region was expecting a bit of rain, but we were not expecting a deluge that a localized zone of heavy rain brought to this corner of the Anacostia Watershed.  When 2-6 inches of rain fell from southern Montgomery County to middle-Prince George's County, our rivers, creeks, and streams rose 4-8 feet(!) causing wide-spread flooding.  According to the Captial Weather Gang, this was the 4 time this year that more than 2 inches of rain fell in a single event, tying for the 6th most on record. 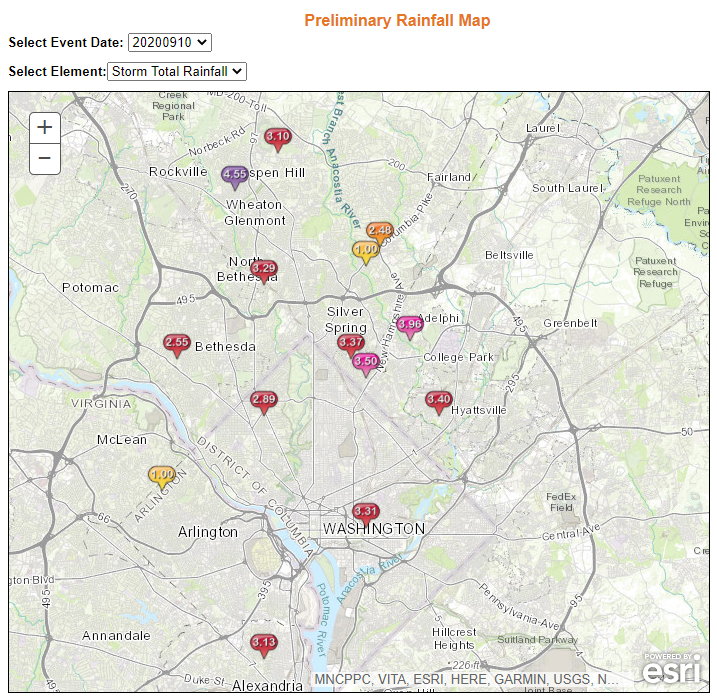 A few Anacostia Watershed Society staff were at our headquarters at the George Washington House in Bladensburg, and watched as the imperviously paved roads filled with water during the rain. Then as the rain stopped, the water levels so close to the Old Port of Bladensburg continued to get higher due to drainage from higher elevations around, causing major flooding on Route 50 in Cheverly.

U.S. Route 50—one of the busiest roads in the D.C. metro area—remains flooded and completely impassable east of Kenilworth Avenue hours after the heaviest rains with water rescues ongoing #dcwx #dctraff pic.twitter.com/ssEAnvKOEL

All AWS staff who were at the house stayed safe and made it home just fine.  On Friday, president Jim Foster led the charge, and AWS staff and boardmembers pitched in to dry what could be dried.  We also went and helped at nearby Bladensburg Waterfront Park, helping them to remove logs and other debris that washed in with the flooding.  Some good news: The mussel baskets full of mussels at Bladensburg Waterfront Park survivied! To see more pictures of the flooding, check out our gallery below.

AWS staff salvages what can be saved from the shed at the GW House.

back to top
More in this category: « Running into an Old #MusselPower Friend
Keep in the Loop
Get the Latest updates on our work delivered to your inbox.
Subscribe Now