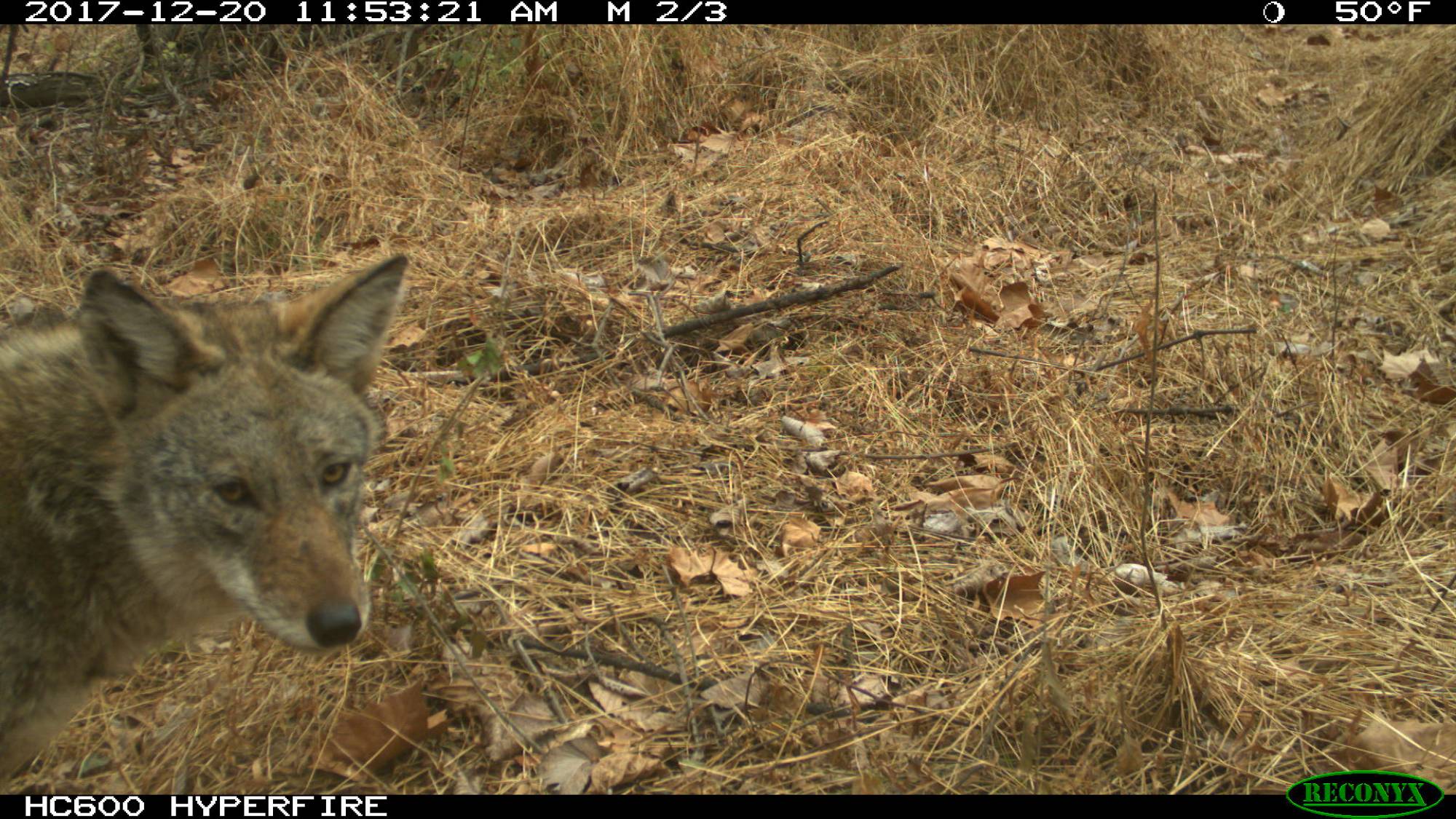 Early on a chilly morning last week, the education team was preparing for a full day of programming with students participating in our SONG Program, when we encountered an unsually large and furry pile of . . . poop.  Coyote poop! 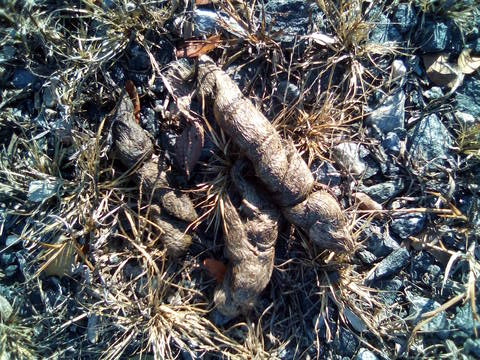 (Coyote scat found in the grass along the Anacostia River.)

Yep, that's right, sometimes we stop to take a closer look at poop!

It sounds gross, and to be honest, sometimes it is gross.  But the poop of wild animals (sometimes referred to as "scat") provides useful clues about their lives - where they go, what they eat, and how healthy they are.  This is especially true for elusive animals that we don't regularly encounter.  In our area, coyotes (Canis latrans) certainly fit that description, as they are most active at night.  This is an intentional strategy on their part to reduce encounters with people.  However, if you do see a coyote out and about during the day, there's nothing to be alarmed about.  Coyotes traditionally are most active at dawn and dusk, sometimes hunting and moving during daylight hours (https://urbancoyoteinitiative.com/10-fascinating-facts-about-urban-coyotes/). 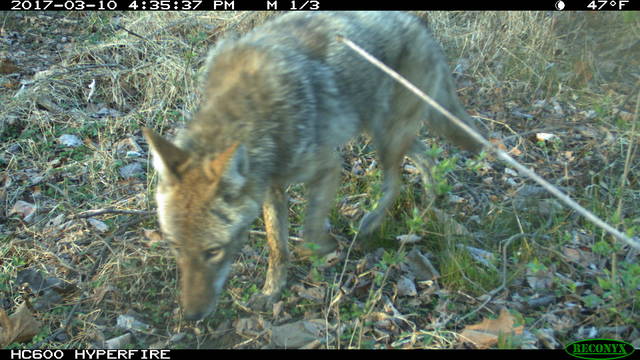 (Our trail camera occassionally catch coyotes - this one was from two years ago!)

It comes as a surprise to many people that we have a healthy population of coyotes right here in the Washington, D.C. region.  Originally a western species, coyotes made their way east and were first documented in Maryland in 1972 in the western part of the state.  They continued to move eastward and were first spotted in Washington, D.C. in Rock Creek Park in 2004.  We've caught coyotes on our trail cameras a number of times at various locations along the Anacostia River.  Some biologists consider these eastern coyotes different enough from western coyotes that they have suggested eastern coyotes be listed as a separate species - but no official change has been made yet.  Read more on that by clicking here, if you are interested.

Coyotes are definitely here to stay, and that means we have to get smart about being good coyote neighbors.  There is little reason to be concerned, but we need to do what we can to reduce the chances of any potential conflict.  Please remember:

Coyotes have been successful largely because they are generalists.  That means they eat pretty much anything: insects, berries, nuts, birds, mice, moles, rabbits, fawns, and carrion.  According to the book The Behavior of North American Mammals, by Mark Elbroch and Kurt Rinehart, "If it fits in a coyote's mouth, a coyote somewhere has tried to eat it."  That sounds like a toddler or two that I know!  In all seriousness though, this ability to make the most of whatever food source is available at a given time is part of what has allowed coyotes to be so successful -- they are now found in every state in the contiguous U.S. It's also means we need to be mindful of what we leave out in our yards (see suggestions above).

So how did we know this pile of poop came from a coyote?

Well, we certainly know this animal had eaten other animals - the fur present in the scat tells us that.  The other big clue was the size of the scat.  Although it's hard to tell from this photo, this scat was as long as my shoe (women's size 8)!  This particular coyote seems to have switched to a winter-time diet -- there are no insect parts, seeds, or other plant material present in it's scat.

Although poop isn't always the most pleasant thing to encounter early in the morning; it is always a joy to be reminded of the drama that plays out all around us.  Sometimes, we need an "in-your-face" reminder to be fully present and mindful, to consider and reflect on the multitude of lives that exist simultaneous to our own.  When that message comes in the form of coyote scat . . . well . . .we've heard it loud and clear!

Learn more about coyotes, and see some stunning photos, from the Urban Coyote Initiative: https://urbancoyoteinitiative.com/

Learn more about coyotes in Maryland from the Maryland Department of Natural Resources:

Have you seen a coyote in the area?
Visit the District Coyote Project's webpage to contribute your sighting.
http://www.districtcoyotes.com/

back to top
More in this category: « The SONG Program - Restoring Meadows and Practicing Mindfulness Rising to the Sorting Challenge »
Keep in the Loop
Get the Latest updates on our work delivered to your inbox.
Subscribe Now