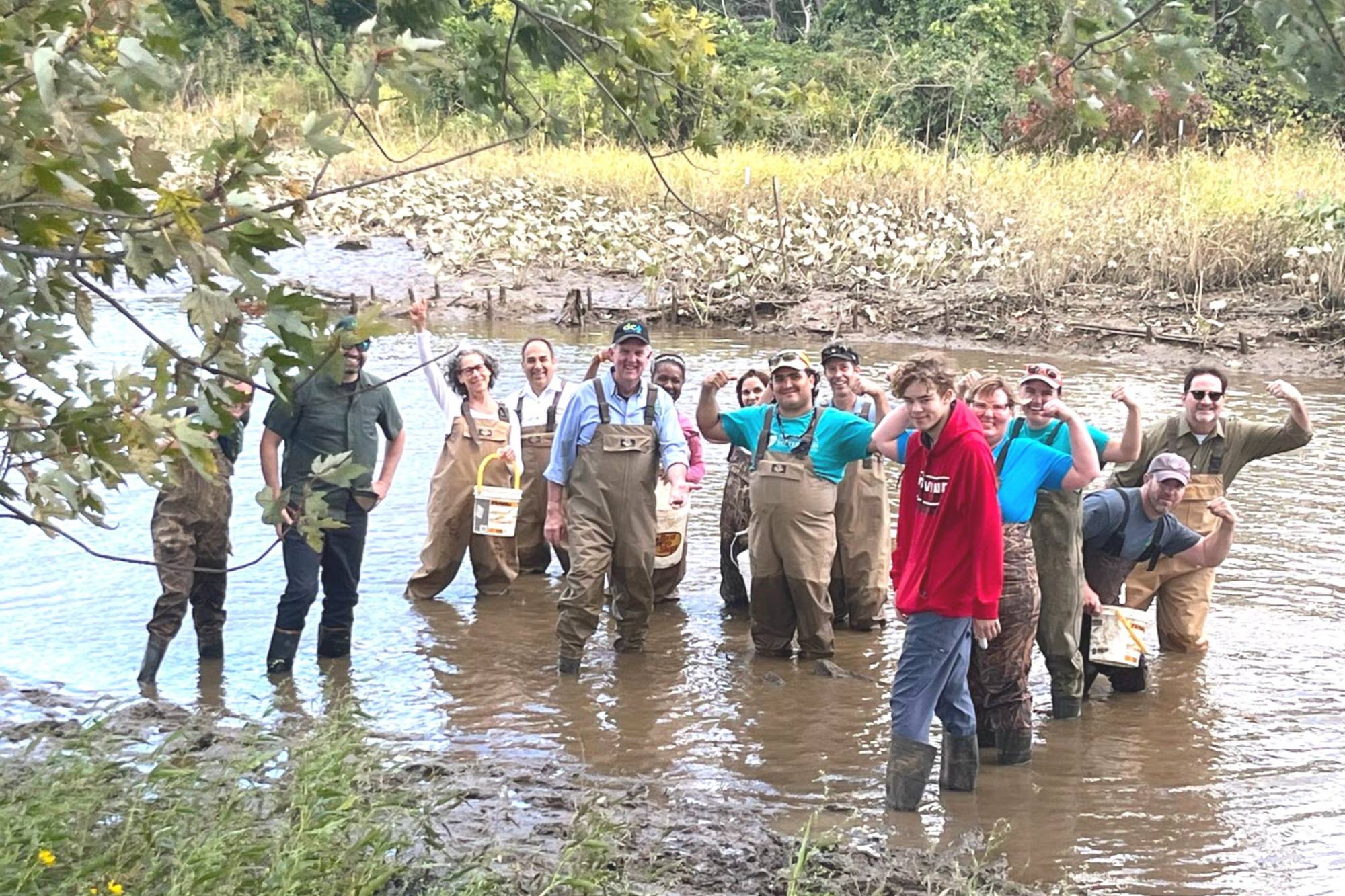 On September 27, our #MusselPower program hit a huge milestone: the 35,000th freshwater mussel released into the Anacostia River.  We have been working on this specific goal to replenish the freshwater mussel population of the river. As part of a 2019 grant funded by DC's Department of Energy and Environment (DOEE) and the National Fish and Wildlife Foundation (NFWF), we hatched freshwater mussels at the Harrison Lake National Fish Hatchery in Charles City, VA, then "fostered" the juveniles in baskets and underwater cages for a year.  Once they grow into young adults, we release them to live wild in the Anacostia River, even running into tagged mussels when we were later doing surveys of the population.

The release event was attended by the director of DOEE, Tommy Wells, who had the honor of releasing tagged mussel C777 as the 35,000th propagated mussel.  Joined by AWS President Chris Williams, other AWS staff including "el patrón de las almejas" Jorge Bogantes, and our #MusselPower supervolunteers, the group was met with a beautiful fall afternoon at Heritage Lake near Langston Golf Course.

Restoring the Anacostia River's natural systems increases the river's health and makes our region more resilient to climate change and other challenges. Increasing the freshwater mussel population goes hand-in-hand with our other work for the river such as wetland restoration, replanting riverside forests, and culivating healthy meadows.  In addition to restoring their habatiat, the Anacostia Watershed Society also works to help specific wildlife populations by building bluebird houses, bee houses, osprey platforms, and more.

Freshwater mussels are remarkable filter-feeders, sucking in sediment and bacteria, then processing it to river-friendly biproducts.  A single mussel filters 10-15 gallons of water a day, so with the addition of mussel C777, these 35,000 mussels filter are filtering the equivalent to 200 olympic-sized swimming pools each year.  Always ambitious here at the Anacostia Watershed Society, we estimate the river can support 400,000 mussels, and are working to expand this program to acheive this next goal.  Already, we are working with Joint Base Anacostia-Bolling (JBAB) at the mouth of the river to establish freshwater mussel populations there.

Get an in-depth look at the Anacostia River's freshwater mussels and their role in healthy river ecology by checking out our storymap found here. 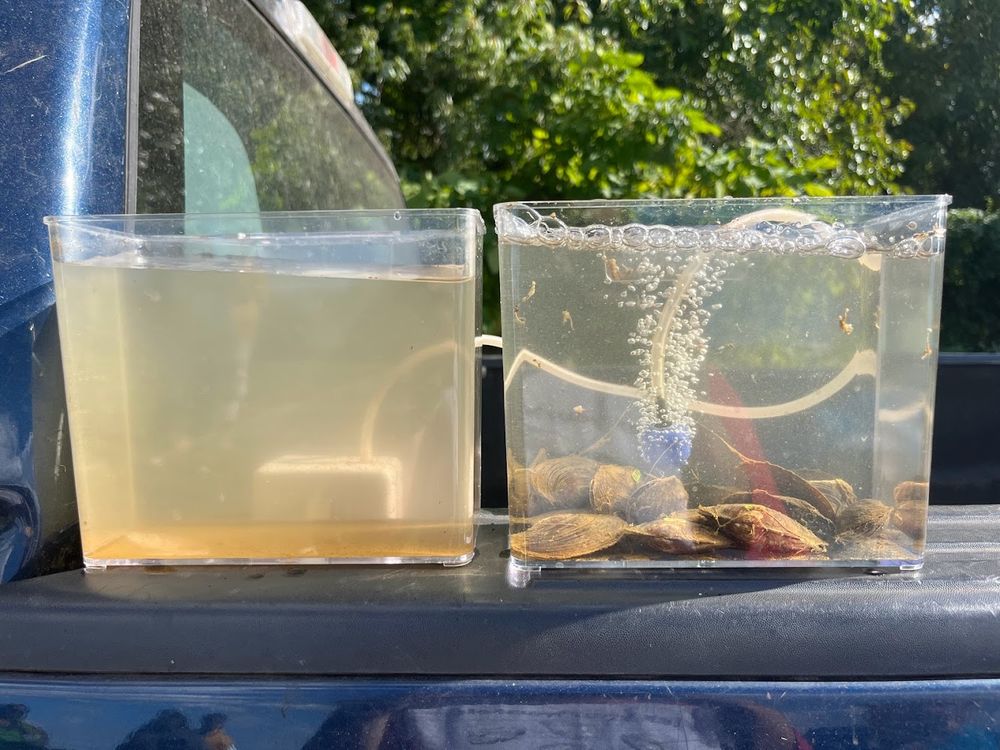 The filtering power of mussels

back to top
More in this category: « What's your role in the Anacostia River's ecosystem? Stressed out? Find Your Peace Along the Anacostia River »
Keep in the Loop
Get the Latest updates on our work delivered to your inbox.
Subscribe Now