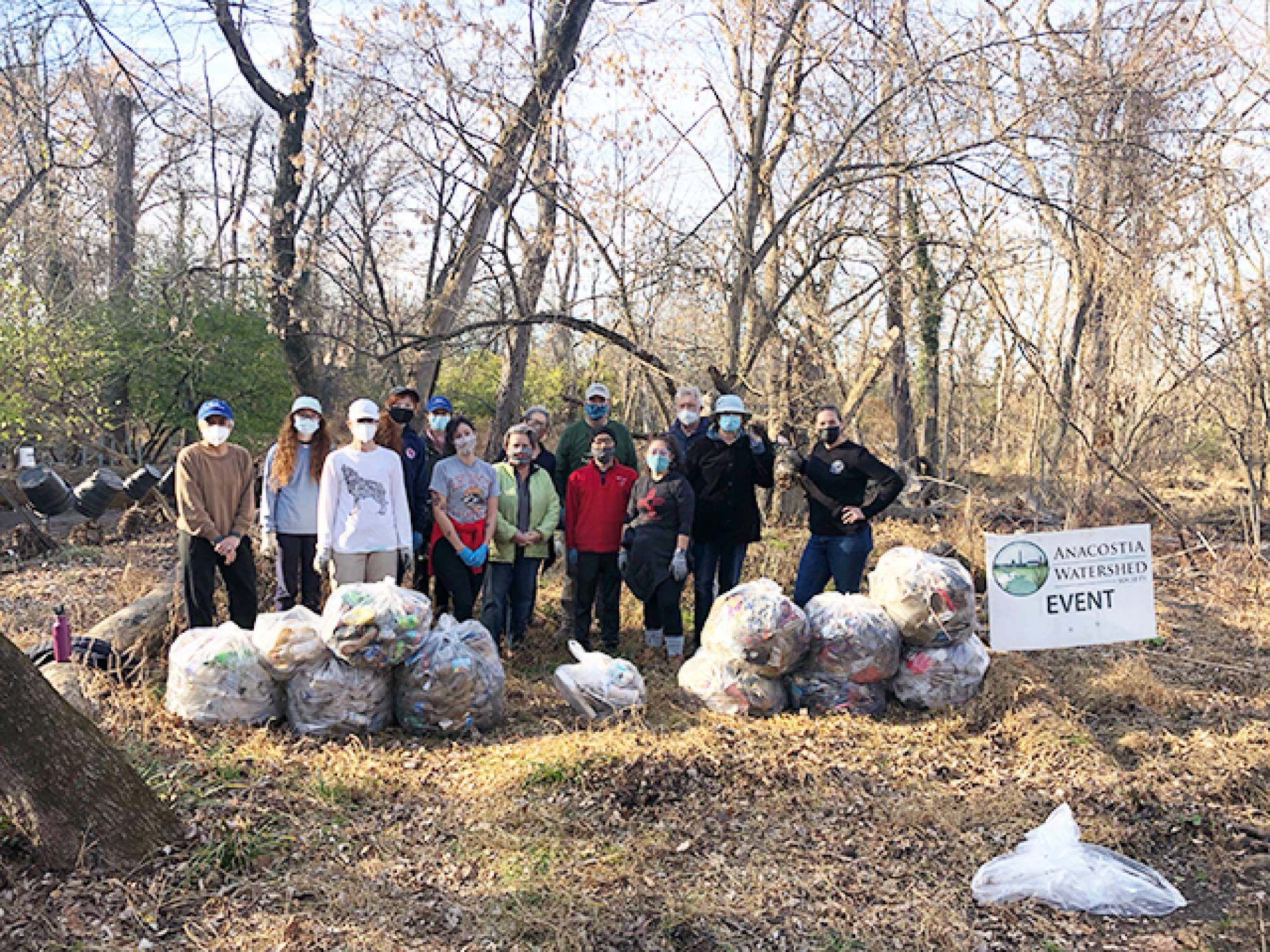 It takes a certain type of brave volunteer to help us sort through the muck at our Nash Run Trash Trap, and the Anacostia Watershed Society was honored to host some esteemed guests at our last Trash Sorting Challenge.  We were joined by U.S. Department of the Interior Secretary Deb Haaland and U.S. Office of Personnel Management Director Kiran Ahuja, co-chairs of the 2021 Combined Federal Campaign (CFC), as well as EarthShare Senior Vice President Beth Tyson. As the largest employee contribution campaign in the world, the CFC and its contributors have played an integral role in the Anacostia River's return to health.

As reported by AWS president Christopher Williams who was also in attendance, "After some brief opening remarks, the Secretary, the Director, Ms. Tyson, and all the volunteers were up to our elbows (quite literally!) in leaves, sticks, and mulch, pulling out and sorting water bottles, food wrappers, aluminum cans, and non-reusable plastics of all kinds. Guided by Masaya, we carefully weighed and counted all the categories of trash while he explained to us the importance of the data we were collecting to scientific research, outreach, and policy advocacy. Secretary Haaland and Director Ahuja (and their staffs) worked tirelessly alongside the other volunteers, and seemed just as proud and happy as the rest of us as we posed for pictures beside our bags of sorted trash ready for disposal."

It's dirty work, and so important to help us identify ways that the government can help enforce a cleaner Anacostia River.  Just last year we reported on the drastic decline of plastic foam found in our trash traps in the past decade, and we use this data to guide our decision.  Many thanks to the Department of Energy and Environment for their funding of the Nash Run Trash Trap! 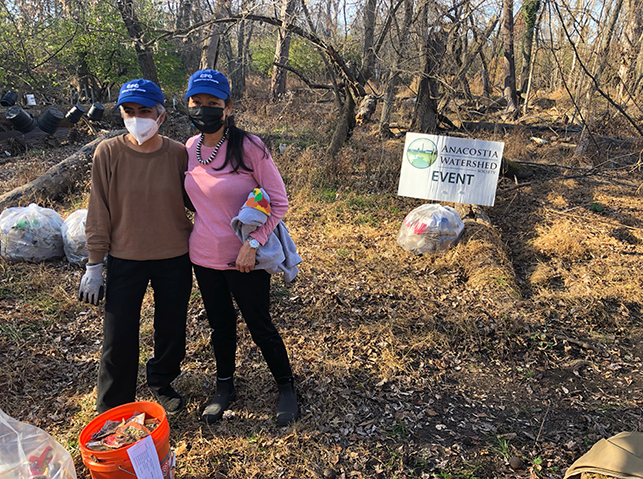 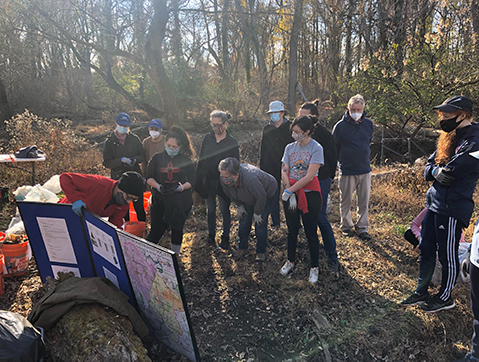 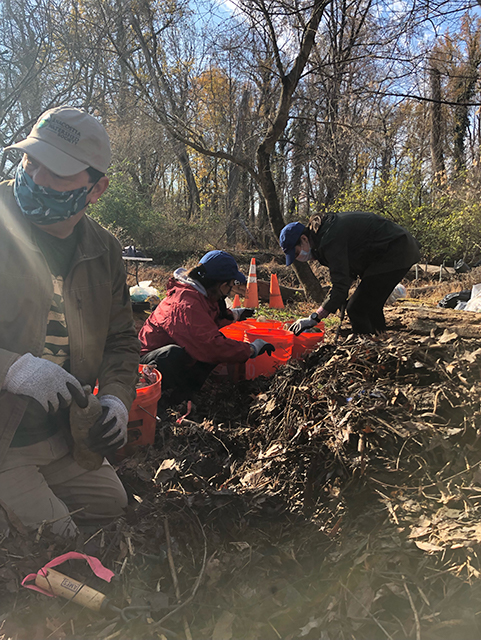 back to top
More in this category: « Keeping the Earth Day Tradition Alive
Keep in the Loop
Get the Latest updates on our work delivered to your inbox.
Subscribe Now