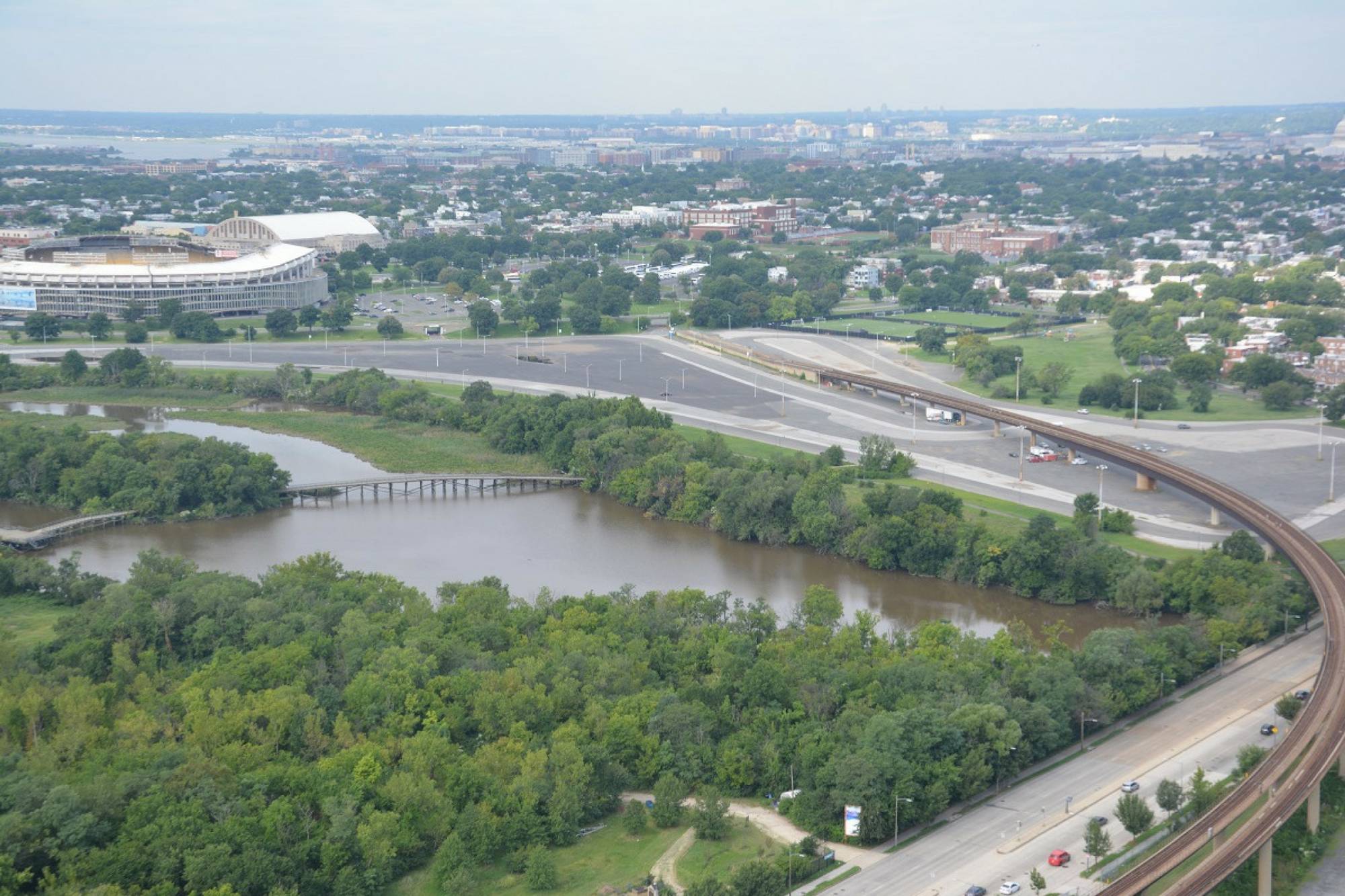 View of the Anacostia River and RFK Stadium from August 2017.

As communities around the country scrambled to pitch themselves to Amazon for a potential second headquarters (HQ2), the District of Columbia submitted four potential sites to the ecommerce giant – two of them on the banks of the Anacostia River.

Both sides of the soon-to-be-remodeled South Capitol Street Bridge near the mouth of the Anacostia offer Amazon the chance to bookend the Anacostia River.

Further upriver, the area around the former D.C. General, near East Capitol Street, is a massive riverside site already being primed for redevelopment.

In less than a generation, the Anacostia River has become an attractive asset – the lure used to help attract the biggest development deal in the country.

What’s particularly remarkable about this turnaround story is that environmental restoration and sustainable development have worked hand in hand – that massive projects like Yards Park, The Wharf, and Nationals Stadium have been drivers of the river’s restoration just as much as habitat restoration efforts and legislative actions taken by the Anacostia Watershed Society and other advocates have been.

A healthier Anacostia River created the economic conditions necessary to turn industrial brownfields into desirable destinations for residences, offices, restaurants, and stadiums. In turn, those new developments have a vested interest in keeping the Anacostia River clean, and they’ve been built to some of the highest standards of stormwater and pollution control. But before you move “Clean Anacostia River” from your Wishlist to your Checkout Cart, there are some major challenges we still face.

Whether or not Amazon chooses to locate HQ2 in Washington, we’re already winners with a steadily reviving Anacostia River. Alexa can’t help us finish the job, but together with your help, we can get it done!

Oh and by the way, by shopping at smile.amazon.com and choosing the Anacostia Watershed Society, you can sustain our progress toward a swimmable and fishable Anacostia River.

back to top
More in this category: « Storm Drain Murals of 2017 A Year of Immersion »
Keep in the Loop
Get the Latest updates on our work delivered to your inbox.
Subscribe Now