Running into an Old #MusselPower Friend 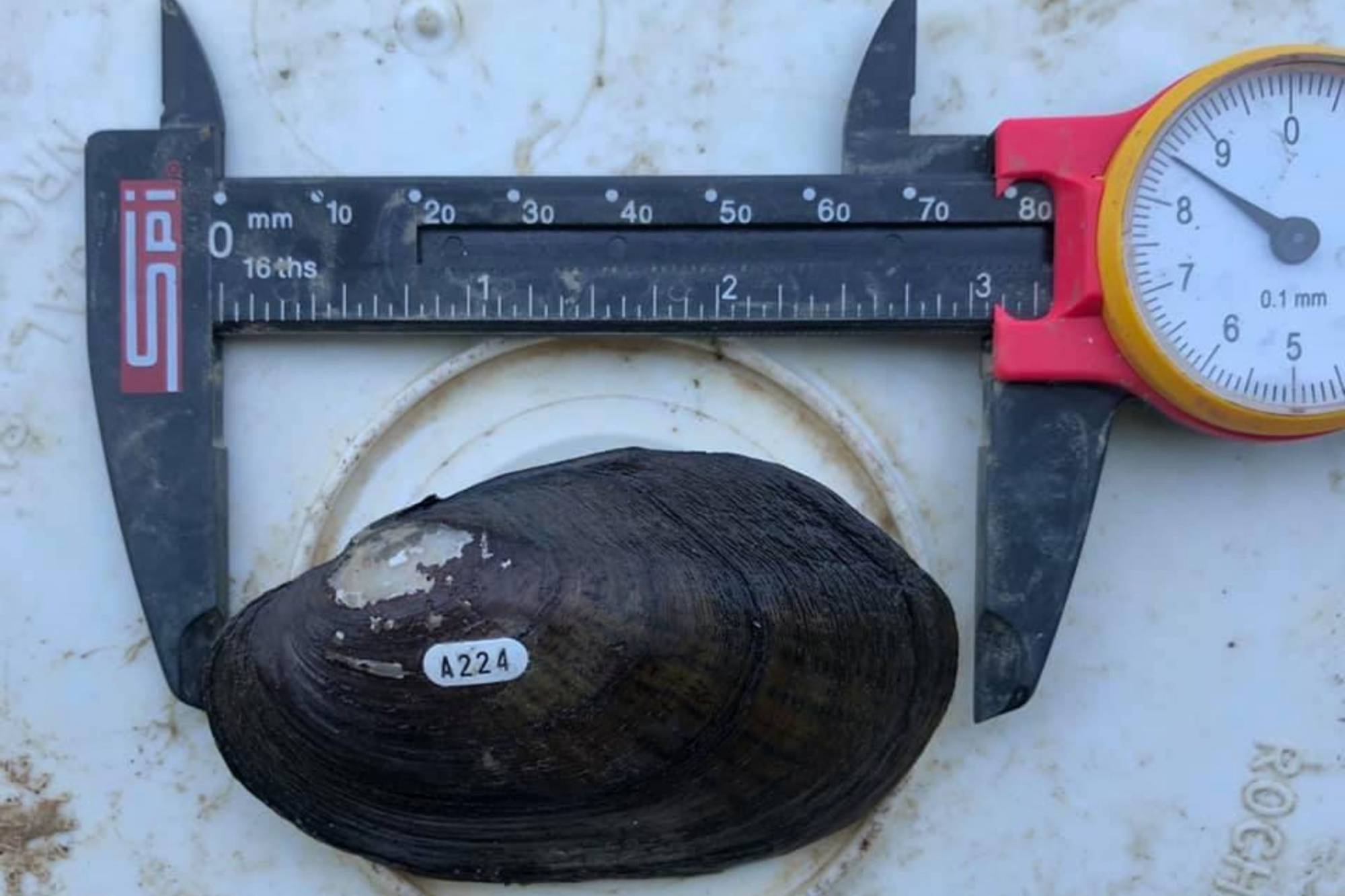 This week we were delighted to spot A224, the first tagged and released mussel from our #MusselPower restoration program that we've seen again in the wild! Spotted Wednesday, August 26, at Kingman Lake, this Eastern lampmussel in the top photo of this article was released last fall. It is approximately 3 years old. His parents are from the tidal Potomac River.  As a juvenile mussel and barely larger than a quarter, we kept it in a floating basket at The Yards Marina for one year. It has grown a little over a fourth of an inch (10% increase) in the last year since it was last measured.

The early fall is when we release juvenile mussels into the river, and this year we released another 6,946!

You can watch a longer video of the mussel release below from our partners at Friends of Kingman and Heritage Islands.

back to top
More in this category: « Back in the Field Again Gullywasher at the Old Port of Bladensburg »
Keep in the Loop
Get the Latest updates on our work delivered to your inbox.
Subscribe Now