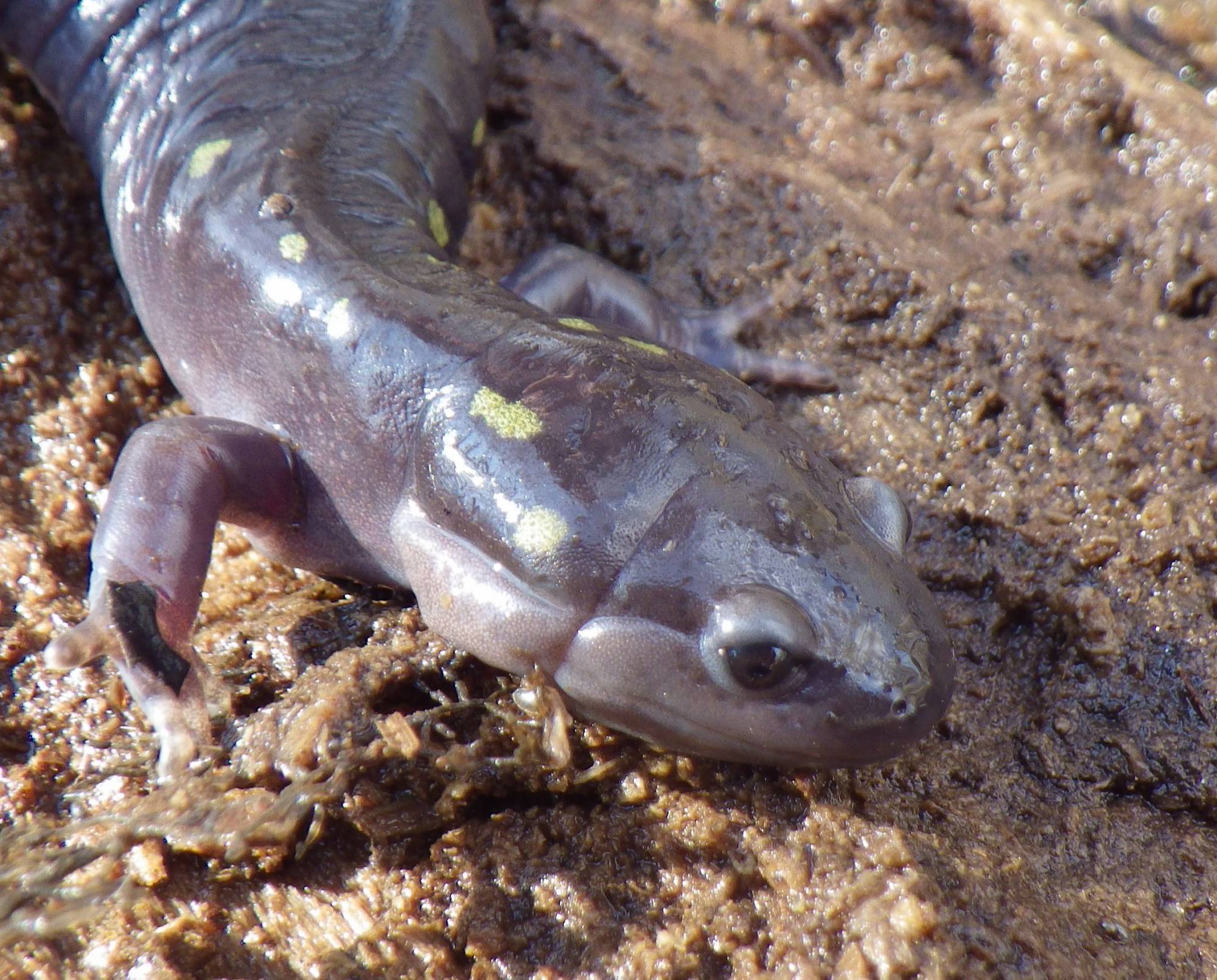 What are vernal pools?

Also known as seasonal pools or ephemeral wetlands, vernal pools are fascinating seasonal aquatic habitats that may be thriving in the spring and are usually bone dry by mid-summer. These pools occur mostly in forested habitats near streams and other water bodies. They are fed by flood waters from adjacent streams but mostly by stormwater runoff, snowmelt, and/or groundwater. In the spring and the fall, they are teeming with life in the form of amphibians and interesting invertebrates, some are unique to this particular habitat and must have the vernal pools for the survival of their species (what we call obligate species). 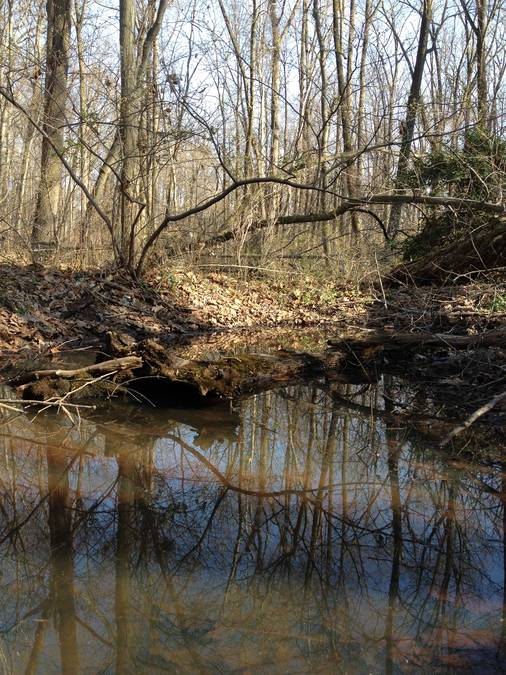 What may look like an ordinary "puddle" in the woods for most people, is a busy aquatic habitat brewing the very survival for many critters from tiny freshwater crustaceans to mole salamanders. This small vernal pool (about 100 sq. ft.) is located near Sligo Creek in Silver Spring, MD. It is important for spotted salamanders and a who's who of tiny invertebrates.

Why are vernal pools important?

Here's an underwater peek at a vernal pool in the spring with all of its invertebrate residents.

As daylight hours increase and weather warms up a bit in February, amphibians and invertebrates become active; they either gather to breed in vernal pools or start their seasonal activity in their underwater homes. The wood frogs and spotted salamanders are some of the first ones to come out on rainy nights, especially during those first thunderstorms in late February. Once they reach the vernal pools, the spotted salamanders, for example, gather in a “congress” where males court females. Males produce many spermatophores (sperm sacs), a female then picks up the sperm sacs to fertilize her eggs internally. Females proceed to lay their egg masses, which are aggregates of 30 to 200+ individual eggs embedded in a gelatinous cover. One egg mass is about the size of a tennis ball, give or take, it may be transparent or pale/white.  As the eggs develop over a few weeks, the masses get a green hue from a symbiotic alga, appropriately known as the salamander algae (Oophila amblystomatis) (the scientific name refers to the mole salamanders). The tiny larvae hatch about 6-8 weeks after egg deposition, they are basically salamander tadpoles and sport feathery external gills for aquatic breathing. As spring progresses, a whole suite of other species join the party. Some rely on vernal pools for survival, but others are more opportunistic and use vernal pools in addition to other habitats for breeding and to complete their life cycles. One rogue species, however, the marbled salamander breeds only during the fall. 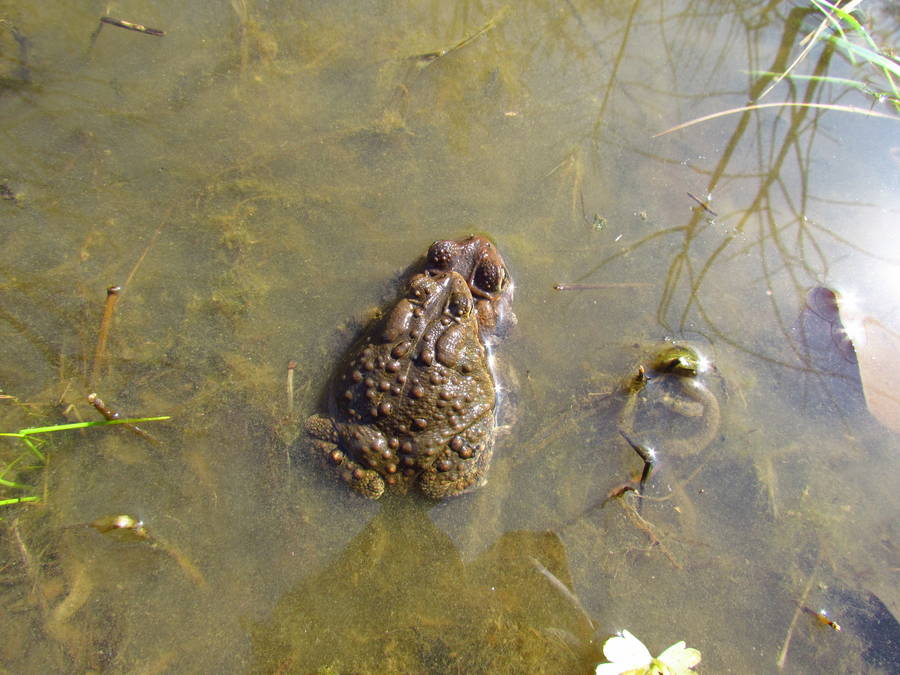 Some species, like the American toads, use vernal pools for breeding but don't necessarily rely on them. Note the string-like egg mases around the male and female breeding couple.

Vernal pools have been an overlooked habitat because of their small size and their seasonality, in some jurisdictions they may not even be considered wetlands legally speaking. Habitat destruction and fragmentation are big ones, the development of one strip mall here and a grocery store there and vernal pools get destroyed, and/or the surrounding forested habitats that frogs and salamanders also use at other times of the year. Other causes of decline are road salt applications, mosquito control practices, littering, amphibian diseases,and climate change. 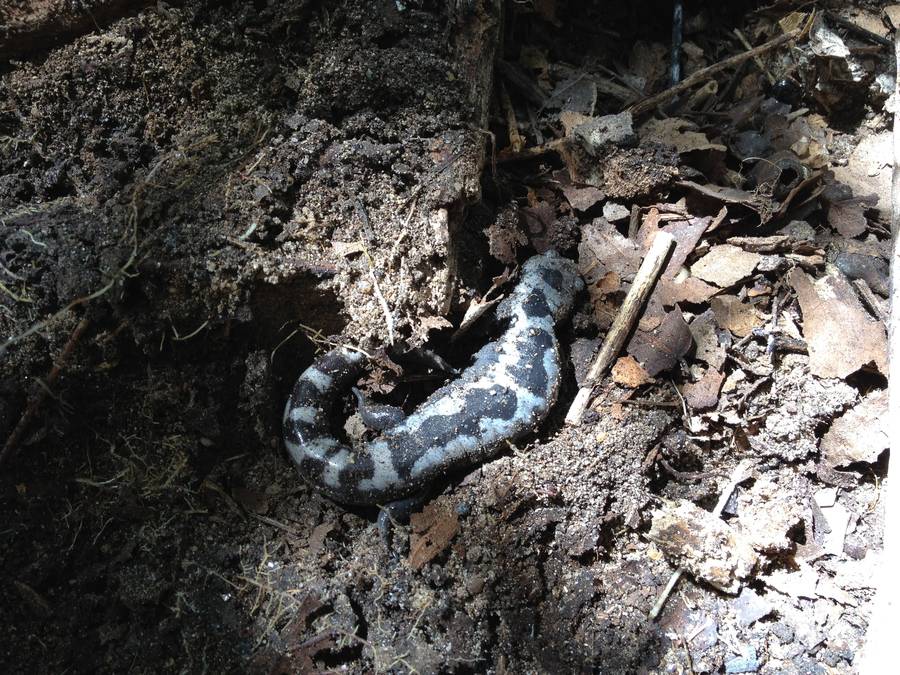 Even though most amphibian breeding activity in vernal pools happens in the spring, one species, the marbled salamander, breeds in the fall.

What can be done? The first thing to do is to know where they are! That's something we have been wanting to do for many years and looks like this is about time to do it (more to come!). Luckily there's scattered information and our field knowledge of where vernal pools are. We will be reaching out to government and other partners to do an inventory of the Anacostia River watershed vernal pools. Then we will know what we are actually protecting and/or restoring. Public awareness is key because not a lot of people really know about vernal pools and the fascinating animals that depend on them. Chances are you have a vernal pool in your backyard or your favorite local park. And then the nitty gritty: how can we apply road salt smartly without damaging these habitats? are frogs and salamanders getting squished by vehicle traffic en route to their breeding sites? are people dumping their old washing machines and microwaves in the vernal pools? It is known that most vernal pool amphibians return each year to breed to the same vernal pool where they were born. They will skip other pools that provide suitable habitat and cross obstacles such as roads in order to return to their natal pool. Isn't that fascinating?! 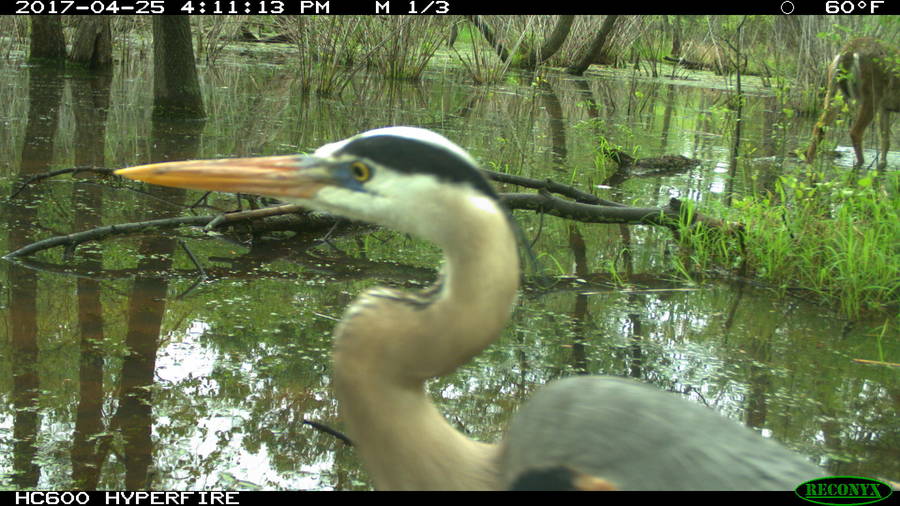 Besides amphibians and invertebrates, vernal pools provide habitat to many other animals, plants and other organisms. back to top
More in this category: « Lifelong learning adds up for the Anacostia River World Wetlands Day »
Keep in the Loop
Get the Latest updates on our work delivered to your inbox.
Subscribe Now