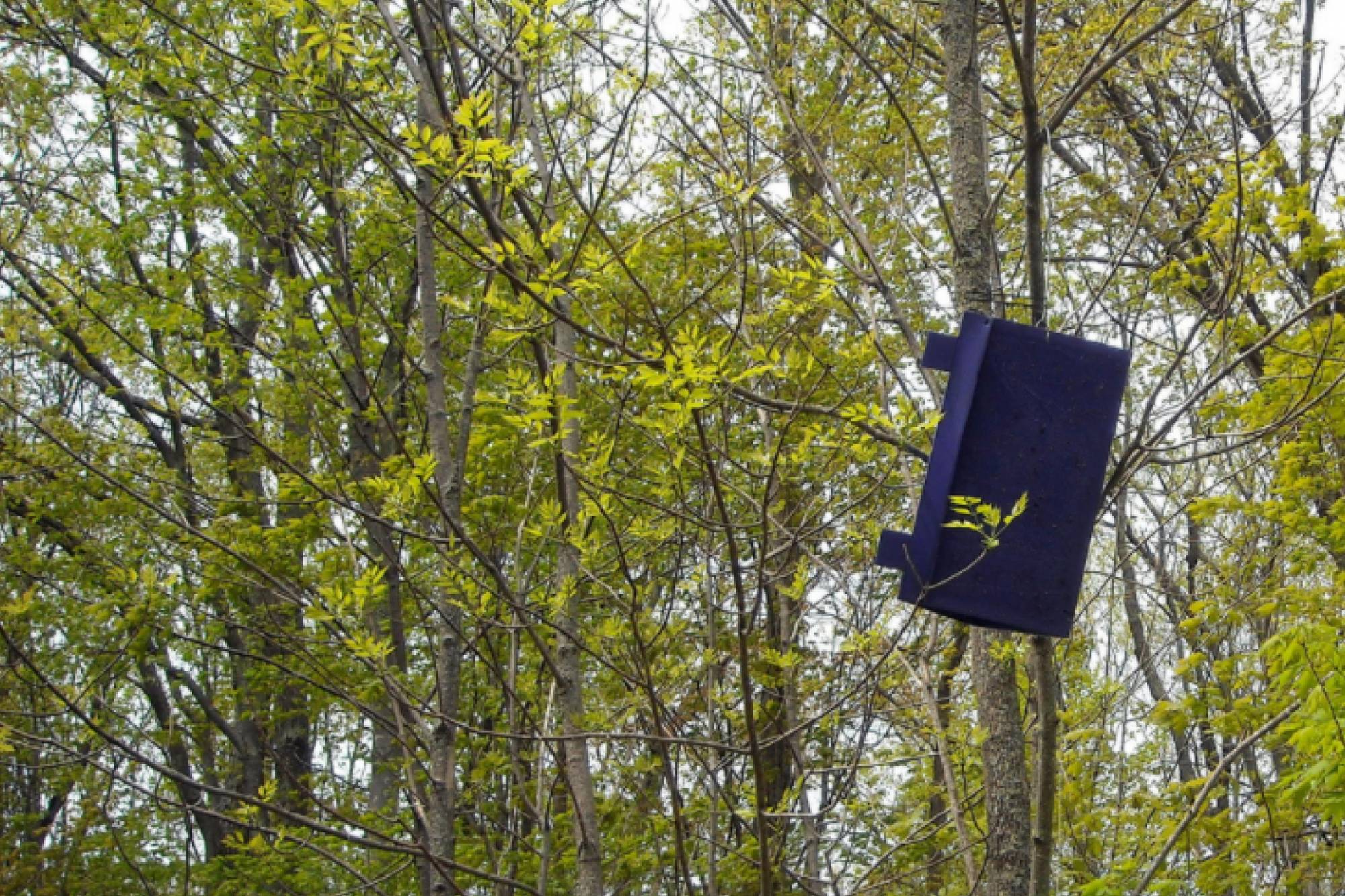 It's all about Emerald Ash Borers (Agrilus planipennis) also know as EABs, a ruthless insect invader from eastern Russia, northern China, Japan, and Korea.  How did it get here?  It's not clearly known, but it is likely that it came in ash wood used for stabilizing cargo in ships or for crating consumer products.

EAB is a wood boring beetle first found in SE Michigan nine years ago.  Ever since, it has been detected in southern Prince George's County, Maryland; Indiana, Illinois, Pennsylvania, Virginia, West Virginia, and other states.  EAB is a serious pest to the ash trees as the adult beetles feed on the tree's foliage and the larvae, the most harmful life stage, feed on the inner bark of the trees creating S-shaped tunnels that damage the vascular tissues under the bark.  Of course the ash trees then die.

The purple boxes you see in many trees throughout the state are traps set in ash trees to attract and catch the beetles.  These traps are set by the Maryland Department of Agriculture (MDA) as part of a national survey for the emerald ash borer.  People should not be worried about these traps and should actually not disturb them since this is part of a major effort to detect this pest and to save our ash trees!  Read more at the EAB website.

back to top
More in this category: « A Year of Immersion To Levee or Not to Levee? »
Keep in the Loop
Get the Latest updates on our work delivered to your inbox.
Subscribe Now