Heroes will be honored Monday, October 2nd at Annual Countdown to 2025 Reception 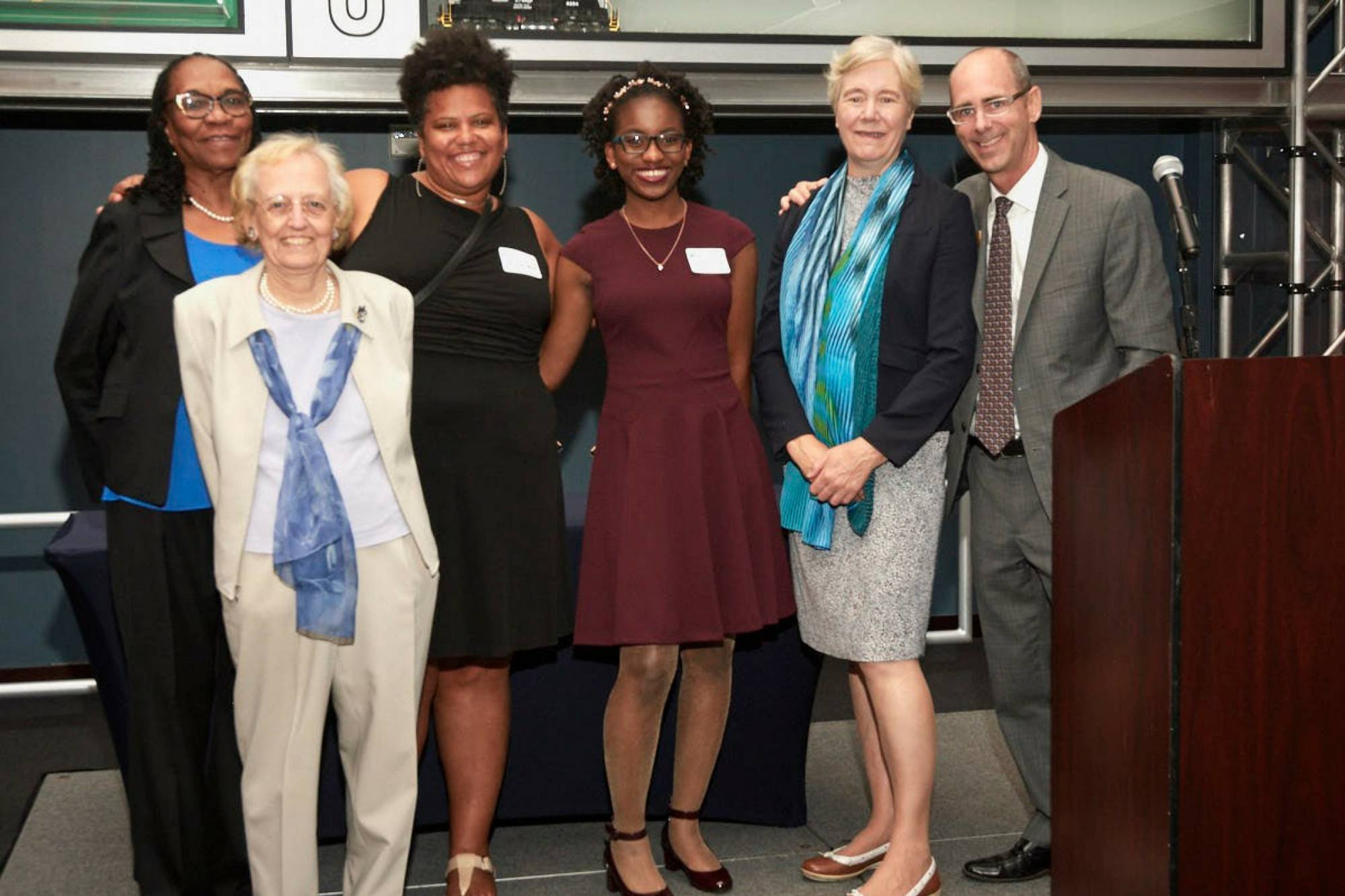 Washington DC, September 25, 2017 – On Monday October 2nd, the Anacostia Watershed Society will recognize five extraordinary individuals who have led efforts to restore the Anacostia River. The 2017 Heroes will be honored at the Norfolk Southern Club at Nationals Park overlooking the Anacostia River, with a gala reception that will raise funds for our 2017 Countdown to 2025 Campaign.

Supporters of the Countdown to 2025 Campaign will reestablish 10 acres of riverside meadows, tree canopies, and native plant gardens to support the wildlife, plants, pollinators, and human communities that depend on these natural spaces.

To purchase tickets to the Reception or to contribute to the Campaign, visit https://anacostiaws.salsalabs.org/2017countdownto2025reception/index.html

Anacostia River Heroes recognizes individuals whose work protects and restores the water and the shores, advocates for the health of the river, or connects our watershed communities to the Anacostia River. Heroes receive a modest cash award, supported by funding from the Nelson S. Talbott Family Foundation.

The 2017 Anacostia River Heroes are:

The Countdown to 2025 Reception is sponsored by Norfolk Southern, along with CH2M, the JBG Companies, and the Nelson S. Talbot Family Foundation as well as dozens of other corporations, foundations and individual supporters of the Anacostia Watershed Society.

back to top
More in this category: « Prince George's Council Declares 2018 the Year of the Anacostia In the Bay Journal: First sewage-storing tunnel comes online in DC »
Keep in the Loop
Get the Latest updates on our work delivered to your inbox.
Subscribe Now