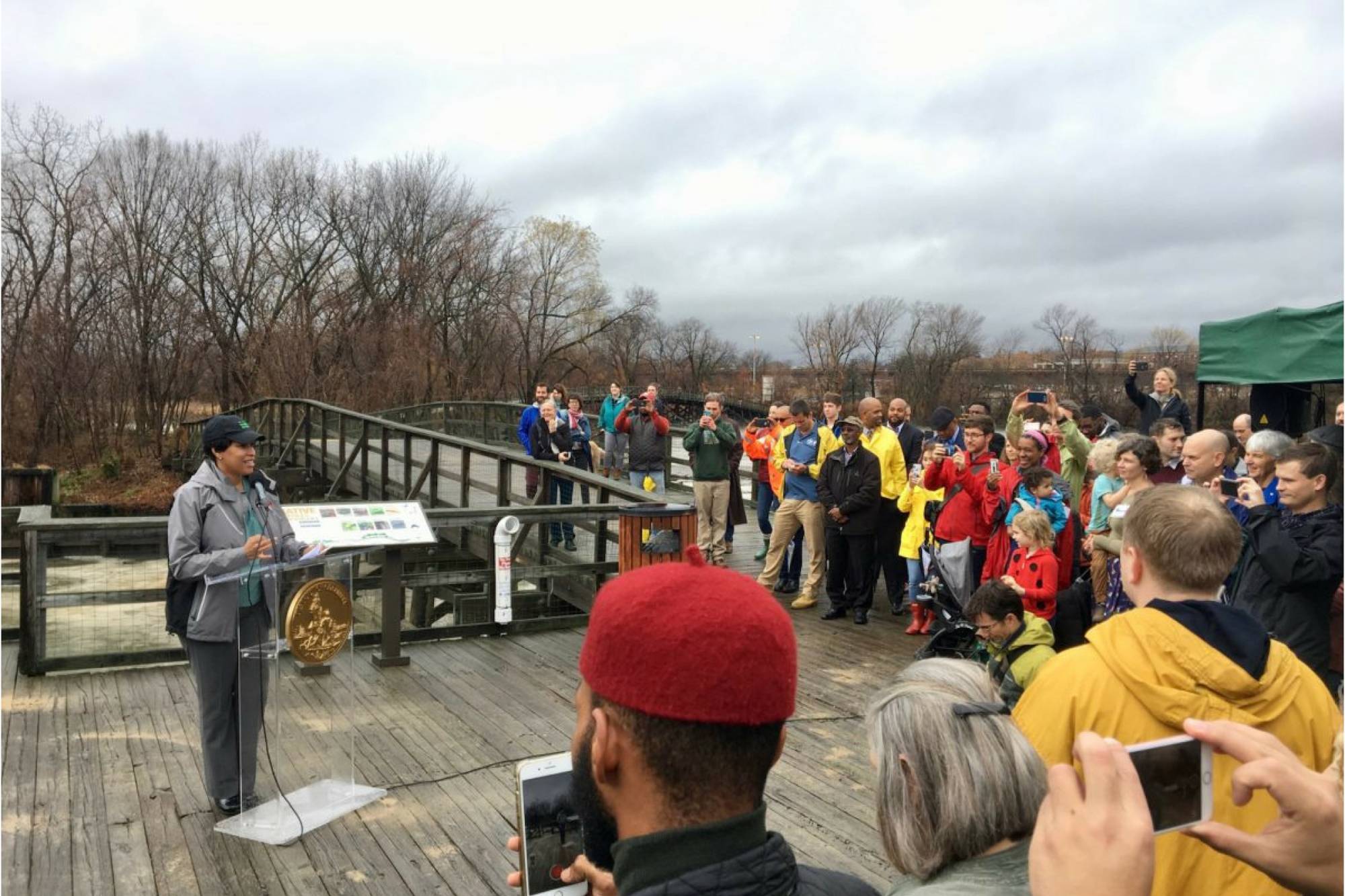 In 1992, Anacostia Watershed Society led the opposition to a proposal from a private developer to build a theme park on Kingman Island.   While back then the Anacostia River was seen as a polluted eyesore, AWS believed that it could be restored and become an important recreational and educational amenity.  Today as development brings new residents to the banks of the Anacostia, public access is even more important.  Over the past decades, AWS has restored the Kingman marsh with native plants, removed invasive plants from the islands, and installed a floating dock to provide access to paddlers.

For more information about the plans for Kingman and Heritage Island, go to: https://doee.dc.gov/publication/kingman-island-heritage-island-planning-feasibility-study

back to top
More in this category: « Celebrating 100 Years on the Anacostia with NBC4 Anacostia Watershed Society and REI Install New Dock at National Arboretum »
Keep in the Loop
Get the Latest updates on our work delivered to your inbox.
Subscribe Now