There was a problem rendering your image gallery. Please make sure that the folder you are using in the Simple Image Gallery Pro plugin tags exists and contains valid image files. The plugin could not locate the folder: media/k2/galleries/219 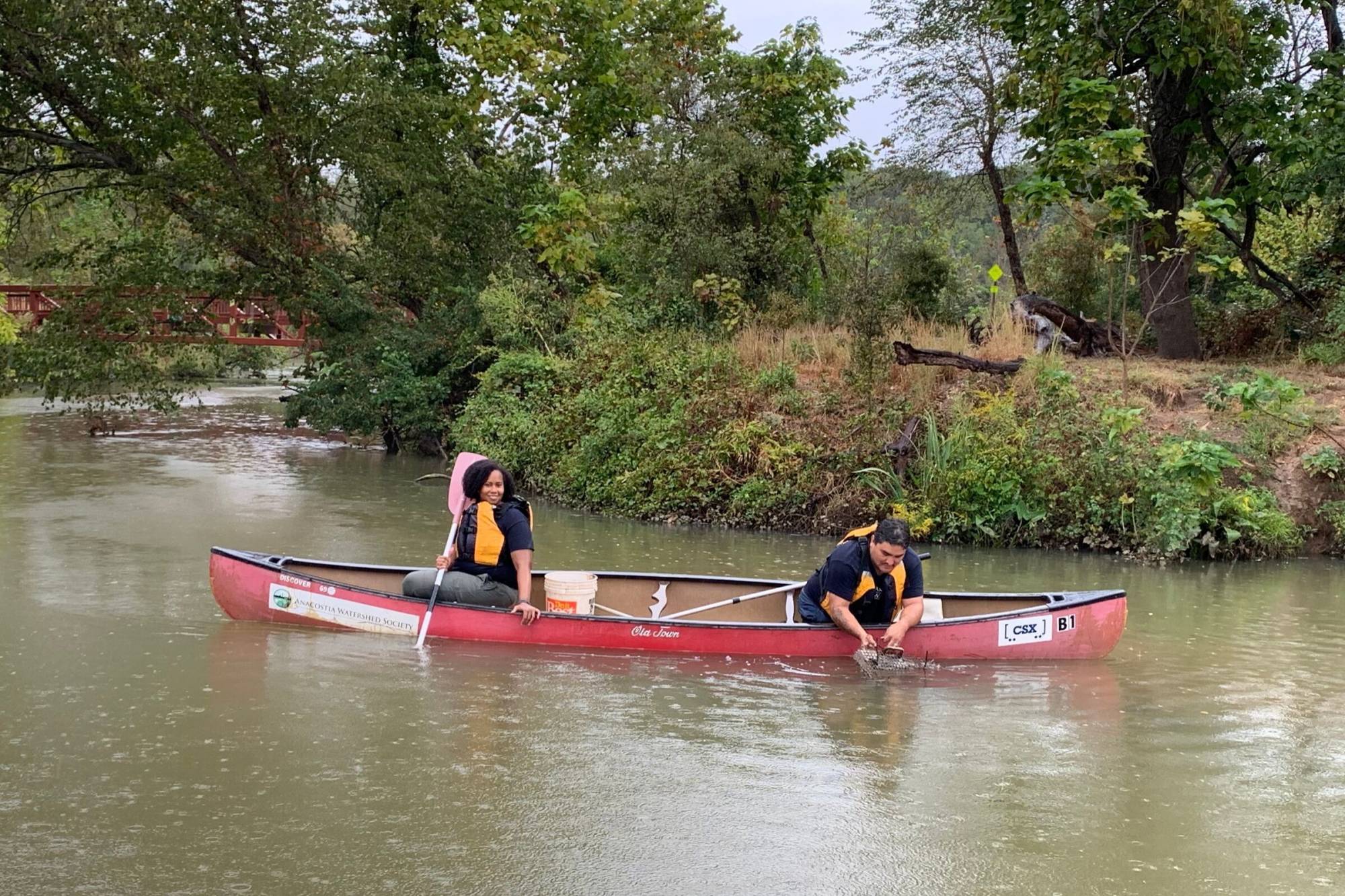 Washington DC, September 30, 2019 – The Anacostia Watershed Society, joined by the National Park Service, the District Department of Energy and Environment, program partners, and volunteer citizen scientists will release thousands of freshwater mussels into the Anacostia River at Kenilworth Park. Beginning at 10:00 AM, volunteers and staff members will release mussels by canoe into the wetlands at Kenilworth Marsh. These mussels have been deployed at eight sites along the river for the past year and have filtered more than 32 million gallons of water in the Anacostia River!

The Anacostia River used to be a hotspot for mussels in the region, but centuries of deforestation, urbanization, and pollution reduced their numbers. By growing and releasing freshwater mussels into the river, the Anacostia Watershed Society will augment the native population and accelerate water quality improvements in the river. As filter feeders, mussels help clean the Anacostia River by eating algae, plankton, and bacteria, including E.coli.

“With restored freshwater mussel communities, we will significantly boost the health of the Anacostia River to meet our goal of a fishable and swimmable river by 2025,“ says Jorge Bogantes Montero, Natural Resources Specialist for the Anacostia Watershed Society. “Of the nearly 9,000 mussels deployed in the river over the past year, more than 91% survived, demonstrating that the Anacostia River provides a healthy habitat to sustainably support the proliferation of these critical filter feeders.”

back to top
More in this category: « Anacostia River #MusselPower gets a boost NBC4 - Mussel Power: Thousands of Mollusks Dropped Into Anacostia River to Clean it Up »
Keep in the Loop
Get the Latest updates on our work delivered to your inbox.
Subscribe Now