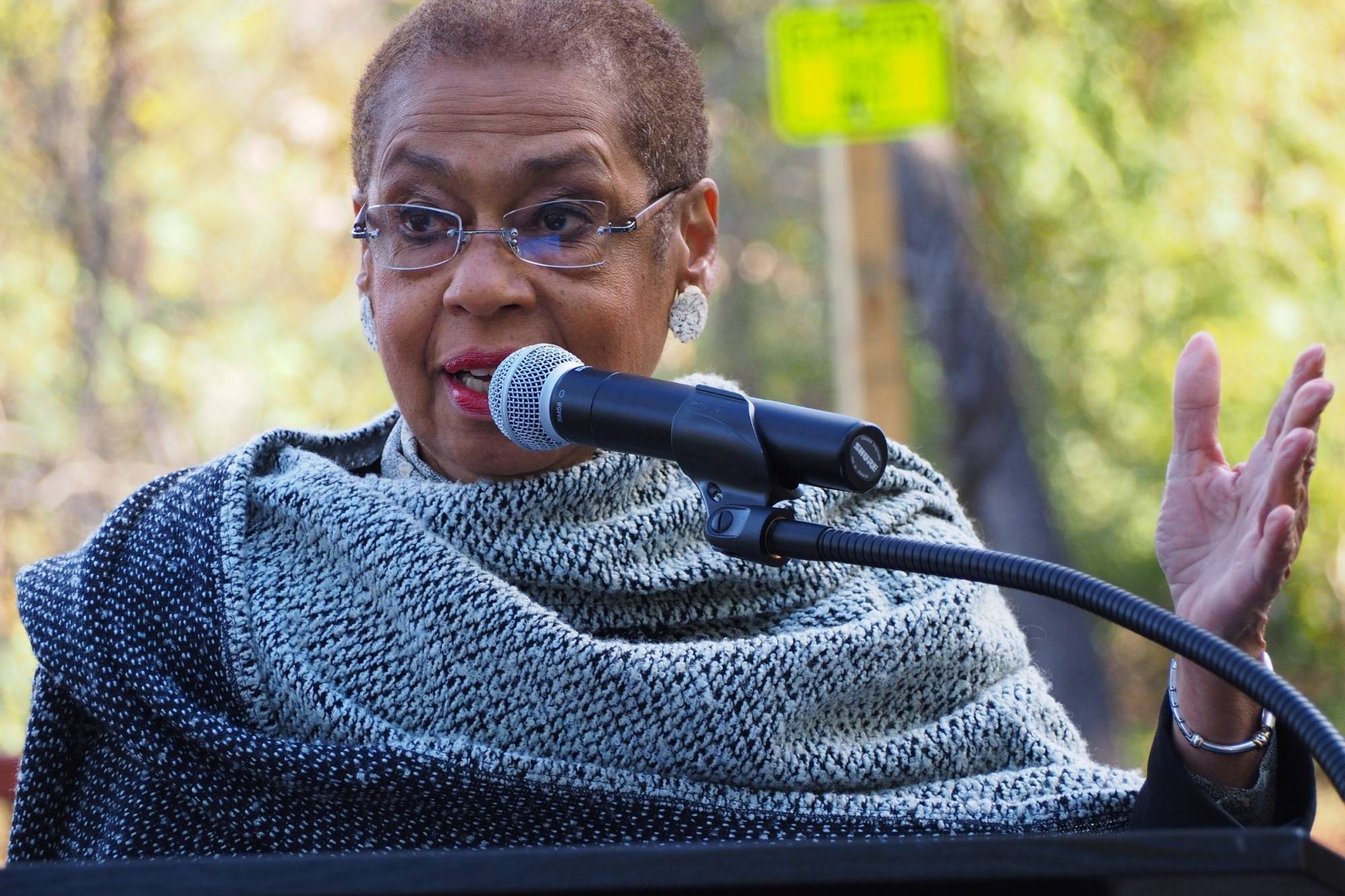 WASHINGTON, D.C. – Congresswoman Eleanor Holmes Norton (D-DC) filed an amendment last Friday to the fiscal year 2020 Energy and Water Development Appropriations bill that would increase funding for the Anacostia Watershed Restoration Program, building on Norton’s longstanding work to restore the Anacostia River.  Under Norton’s amendment, $5 million would be provided to the Army Corps of Engineers for sediment remediation in the Anacostia Watershed, with the goal of removing toxins from the river bottom and river banks.  Sediments are an ongoing source of contaminants that need to be addressed before the Anacostia River can be returned to a fishable and swimmable river.  The House Rules Committee will consider the amendment on Tuesday.  The amendment is cosponsored by Representatives Gerald Connolly (D-VA), Anthony Brown (D-MD), and David Trone (D-MD).

“The Anacostia River is one of the District’s prized assets,” Norton said. “We need to continue our efforts to ensure that the river is clean enough for residents and visitors to enjoy and for wildlife to thrive.  Providing the Army Corps of Engineers with this funding is another step toward achieving that goal.”

Norton has long prioritized cleaning up the Anacostia River and redeveloping the District’s vast waterfront.  She was the lead sponsor of a provision included in the enacted Water Resources Development Act of 2007 that directed the Secretary of the Interior to develop a 10-year action plan to restore and protect the ecological integrity of the Anacostia River and its tributaries, in partnership with the Mayor of the District of Columbia, the Governor of Maryland and the county executives of both Montgomery County and Prince George’s County, Maryland. One of Norton’s major economic development bills, the Capitol Riverfront, created new development and economic activity along the Anacostia River while fueling new cleanup efforts.  Norton also secures special federal funding for DC Water each year for ongoing work to control flooding in the District and for clean up of the Anacostia and Potomac rivers and Rock Creek.  Last Congress, Norton introduced a resolution designating 2018 as the “Year of the Anacostia.”

back to top
More in this category: « Wettest Year On Record Pushes Anacostia River Grade Back Below Passing Utility company gives $5 million for D.C.’s 11th Street Bridge Park - AWS to lead the Education Center »
Keep in the Loop
Get the Latest updates on our work delivered to your inbox.
Subscribe Now