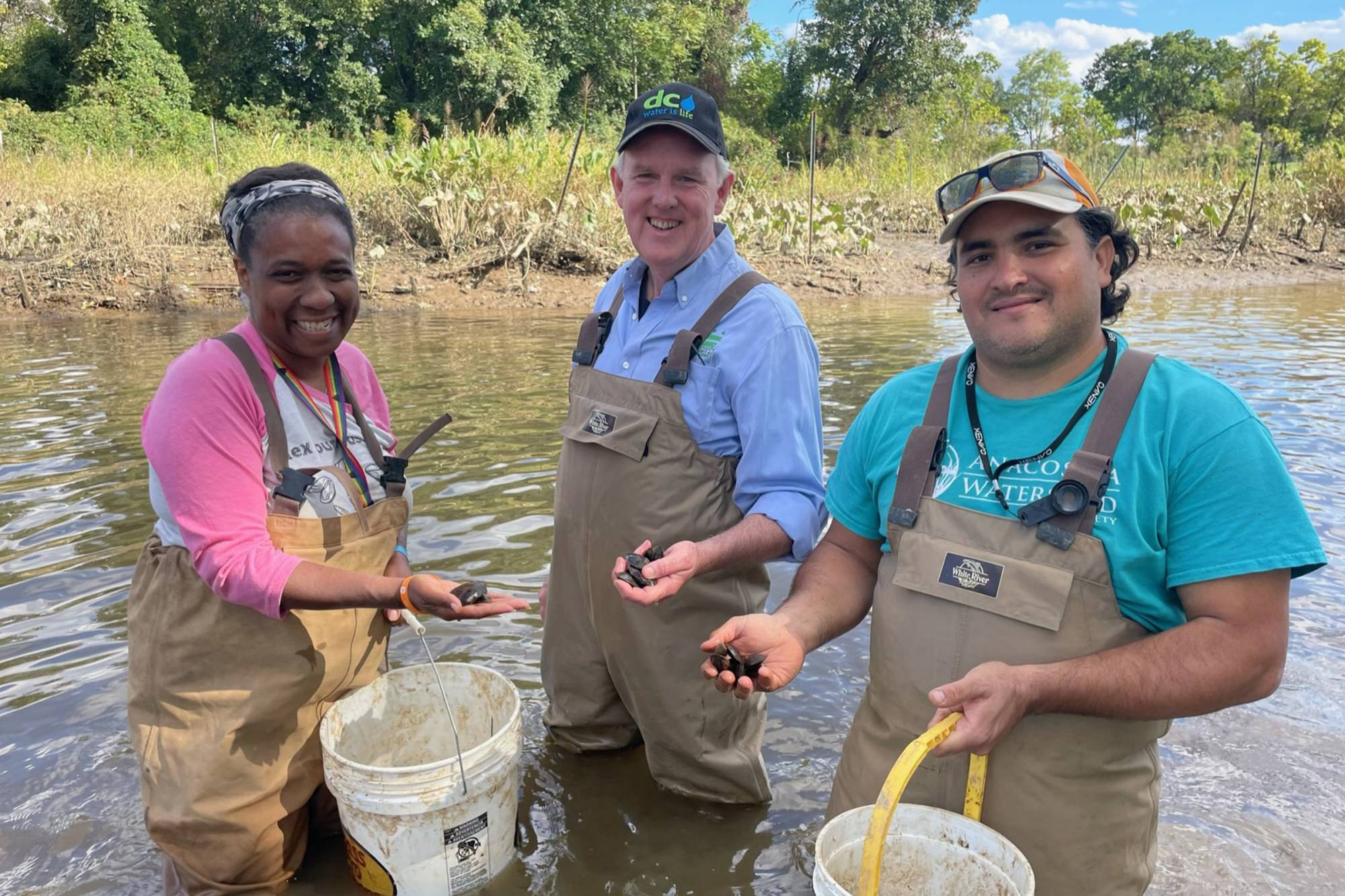 From DOEE: The Department of Energy and Environment (DOEE) is releasing the final 400 of 35,000 freshwater mussels into the Anacostia River and Kingman Lake. Each mussel can filter approximately 10 gallons of water in a day, laying the groundwork for cleaner water and a better habitat for creatures that live in the river.

The Anacostia Freshwater Mussel Restoration Project began in 2019 after DOEE was awarded a grant. The project grant is administered through the Anacostia Watershed Society.

“The Anacostia River adds a distinctive quality to the District’s urban environment; we want it around and thriving for generations to come,” said DOEE Director Tommy Wells. “Freshwater mussels used to be in abundance in the Anacostia River. Generations of pollution decimated their populations. We want to see those populations increase; that is happening through the success of this project. Ultimately, the mussel release delivers clearer water, food for aquatic species, and a sustainable underwater habitat.”

In addition to the successful mussel restoration project, Anacostia Watershed Society educated more than 400 District elementary school students through the Mussel Power Education Program and studied the nutrient load accumulation in mussels to better understand their ability to remove pollutants from our waterways.

On Tuesday, September 27, DOEE will host an event at the Langston Golf Course to mark the final release of the mussels. DOEE Director Wells and representatives from the Anacostia Water Society and the National Fish & Wildlife Foundation will give remarks about the project and its importance for the health of the Anacostia River, followed by the final mussel release. To attend, register here.”

Published in: Newsroom
back to top
More in this category: « Hyattsville Wire: New Birdhouses Aim to Help Restore Bluebird Population Around Route 1 JBAB commits to restoring native mussels to Anacostia, Potomac Rivers »
Keep in the Loop
Get the Latest updates on our work delivered to your inbox.
Subscribe Now