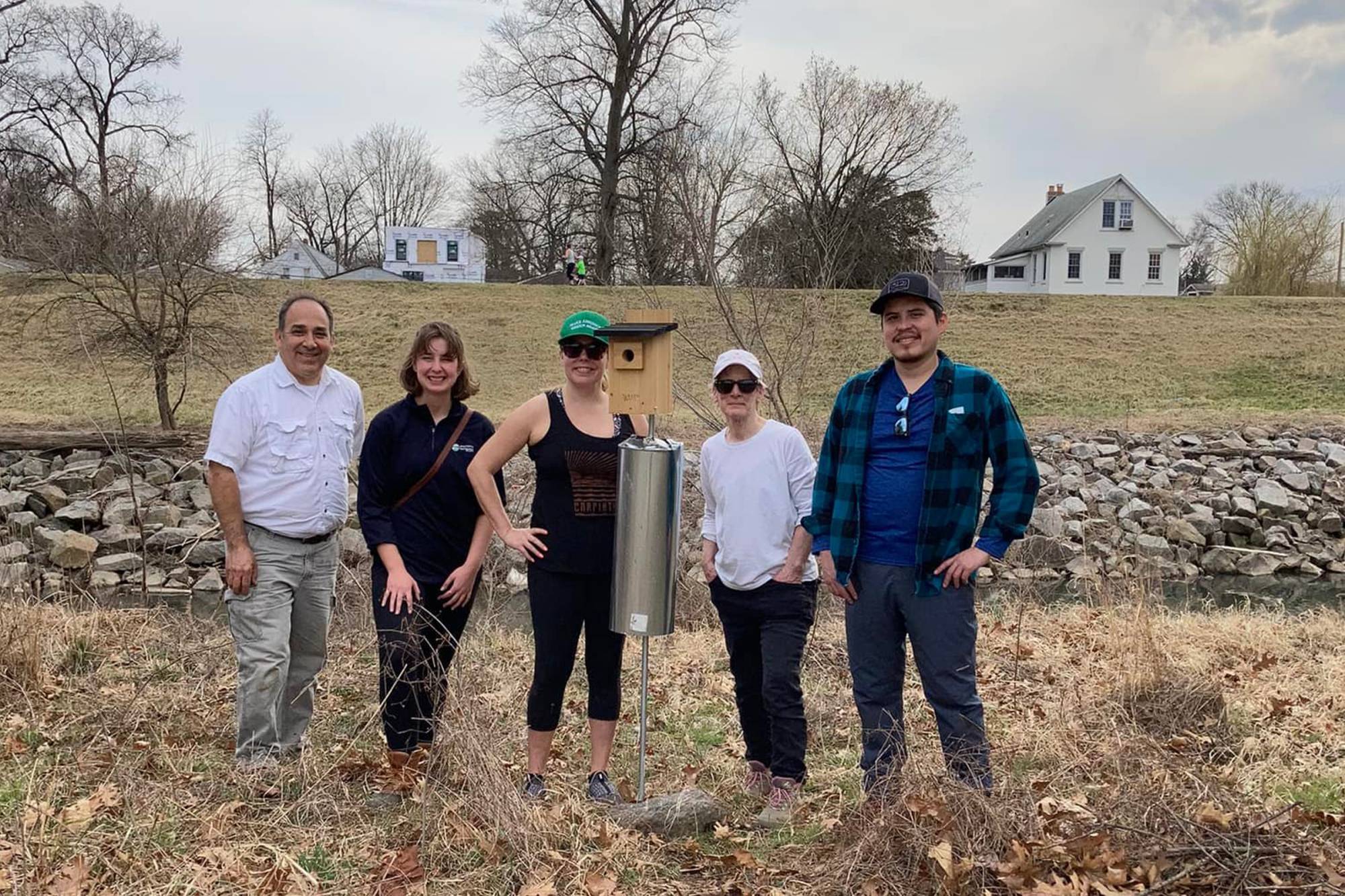 The Maryland Master Naturalists of the Anacostia Watershed Society have been busying building shelters for bluebirds!  AWS has been building and maintaining bluebird boxes along the Anacostia River for over two decades, and this project was recently featured in an article in the Hyattsville Wire.  From the article:

New birdhouses have been installed along the Anacostia River on the border of Hyattsville and North Brentwood as part of an effort to help restore the area’s declining bluebird population.

One of the most easily recognizable birds due to their bright blue plumage, bluebirds were once so troubled that in the 1970s some ecologists thought they might go extinct.

Since then, environmentalists have installed thousands of birdhouses where the bluebirds can build their tightly woven grass nests.

Built by naturalists with the Anacostia Watershed Society for a meadow the group restored a few years ago along the Northwest Branch Trail, the eight birdhouses have an entry hole too small for sparrows and a corrugated metal baffle to keep out predators like snakes and raccoons.

back to top
More in this category: « The Anacostia River Gets the National Spotlight with New American Girl Doll
Keep in the Loop
Get the Latest updates on our work delivered to your inbox.
Subscribe Now