Where it all flows together 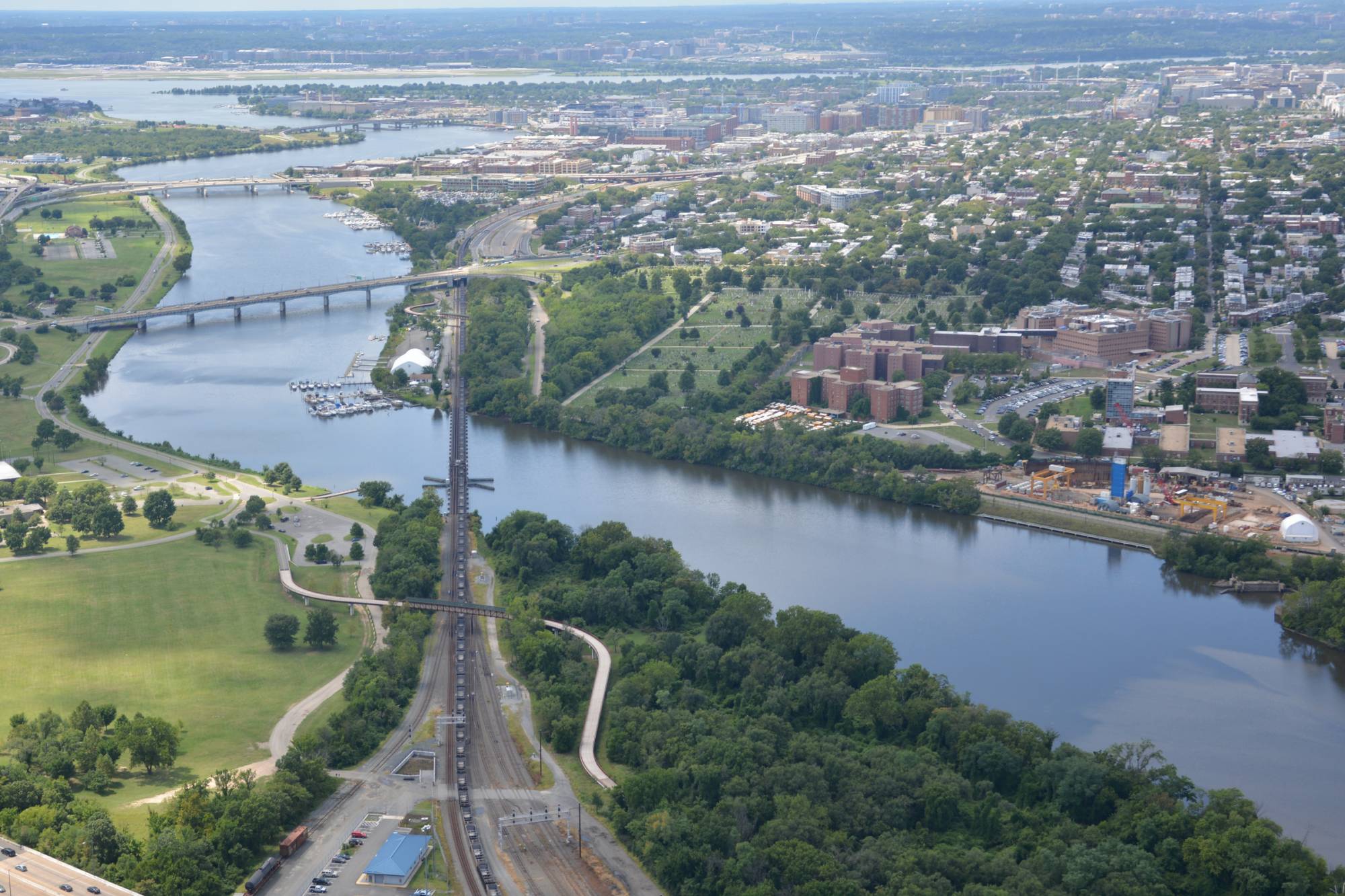 Covering 176 square miles of the District of Columbia, Prince George’s County and Montgomery County in Maryland, and home to over 1 million people, the Anacostia River Watershed is a river on the mend, recovering from centuries of industrialization and pollution to become an urban oasis in the middle of the National Capitol Area.

Click here to see a map of the Anacostia Watershed

For thousands of years before European explorers and settlers sailed up the Anacostia, Native Americans hunted and farmed along its shores and feasted on the bounty of fish and seafood they found in the river. In 1608, when Captain John Smith sailed up the Potomac and into the Anacostia, he marveled at its depth and clarity. The tribe he found living at the mouth of the river were traders and the name he recorded for them was “Nacotchtank,” which seems derived from the Native word for “a town of traders.” Over the years, that name evolved to “Nacostine” and later “Anacostine,” eventually giving us the names which we use today - “Anacostan” for the tribe and “Anacostia,” for the river.

Life got hard for the Anacostans in the 17th century, their location was choice for trade, but they were also the first tribe to be attacked by other Native tribes from the north. The settlers brought new diseases, which afflicted Natives throughout the Chesapeake, and conflicts that also cost them lives. In the 1660s, hard times caused the Anacostan chief to leave his tribal homestead, which was located where the Joint Anacostia-Bolling Base now sits. That land and much of the shoreline upriver on the Anacostia was cleared for farming by the settlers. (For more information about local indigenous history, visit DC Native History Project).

In the 18th century, the Port of Bladensburg served as a major center for colonial shipping. Since the river was 40 feet deep, it was able to accommodate ocean going ships.  The 19th  century’s major industrial activity, including ship building at the Washington Navy Yard and coal gasification further upriver, supported a vibrant economy, but also contributed to the destruction of wetlands and the pollution that we still battle today.

Development along the river led to the destruction of the forests, meadows and wetlands that make for a healthy watershed.   As run-off and sediment clogged the river and reduced its depth, and as the population living near the river increased, flooding became a serious problem.   In what we now recognize as a counterproductive approaches, the Army Corps of Engineers built a series of levees designed to control flooding, further degrading the natural systems of the Anacostia.

Published in Our Watershed
back to top
More in this category: Waterway to 2025 »
Keep in the Loop
Get the Latest updates on our work delivered to your inbox.
Subscribe Now