Giving a voice to the Anacostia River 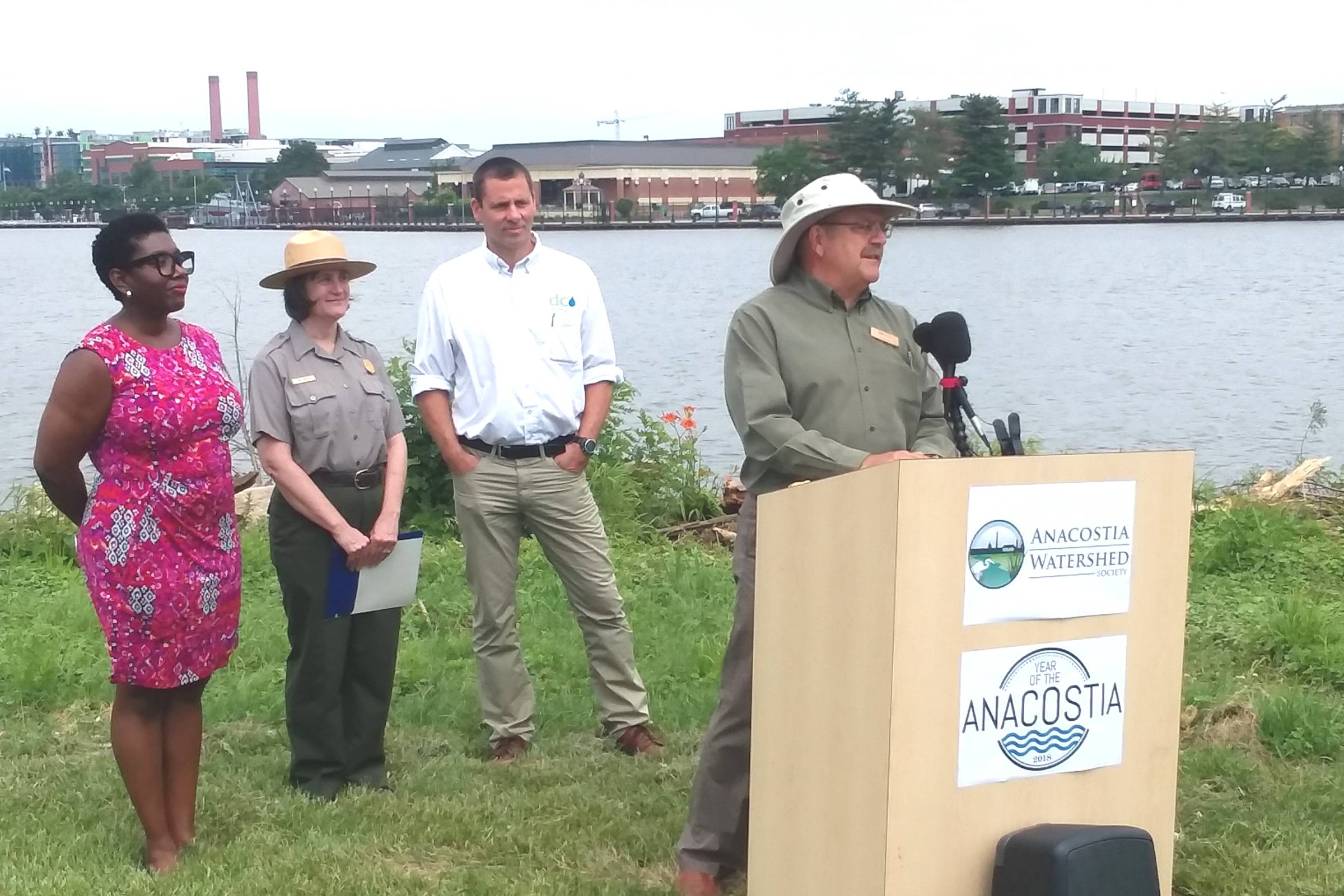 Giving a voice to the Anacostia River

State of the River Report Card

The Anacostia Watershed Society was founded in 1989 when a group of local residents, led by Robert Boone, came together to protest decades of destruction of the Anacostia River and the neighborhoods around the river.

Boone dubbed the Anacostia “the Forgotten River” and set out to make sure it wasn’t forgotten any longer.   Over the years, the Anacostia Watershed Society has fought proposals for inappropriate development, sued polluters to hold them accountable, and worked with legislators to advance pioneering public policy across the District of Columbia, Prince George’s County, and Montgomery County.

By basing our advocacy on carefully collected data, we have earned the respect of legislators, policy makers, corporate partners, and local advocates throughout the Chesapeake Bay.  Some of our key policy victories have been successfully advocating for a fee on single use plastic bags, a ban on Styrofoam takeout containers and carcinogenic coal tar sealants, and a consent decree with DC Water that mandates the reduction of 98% of sewer overflows to the river.

Over the past three decades, Anacostia Watershed Society has achieved significant victories on behalf of the Anacostia River and the neighborhoods of the watershed. Here are just a few highlights:

Published in Public Policy & Advocacy
Keep in the Loop
Get the Latest updates on our work delivered to your inbox.
Subscribe Now