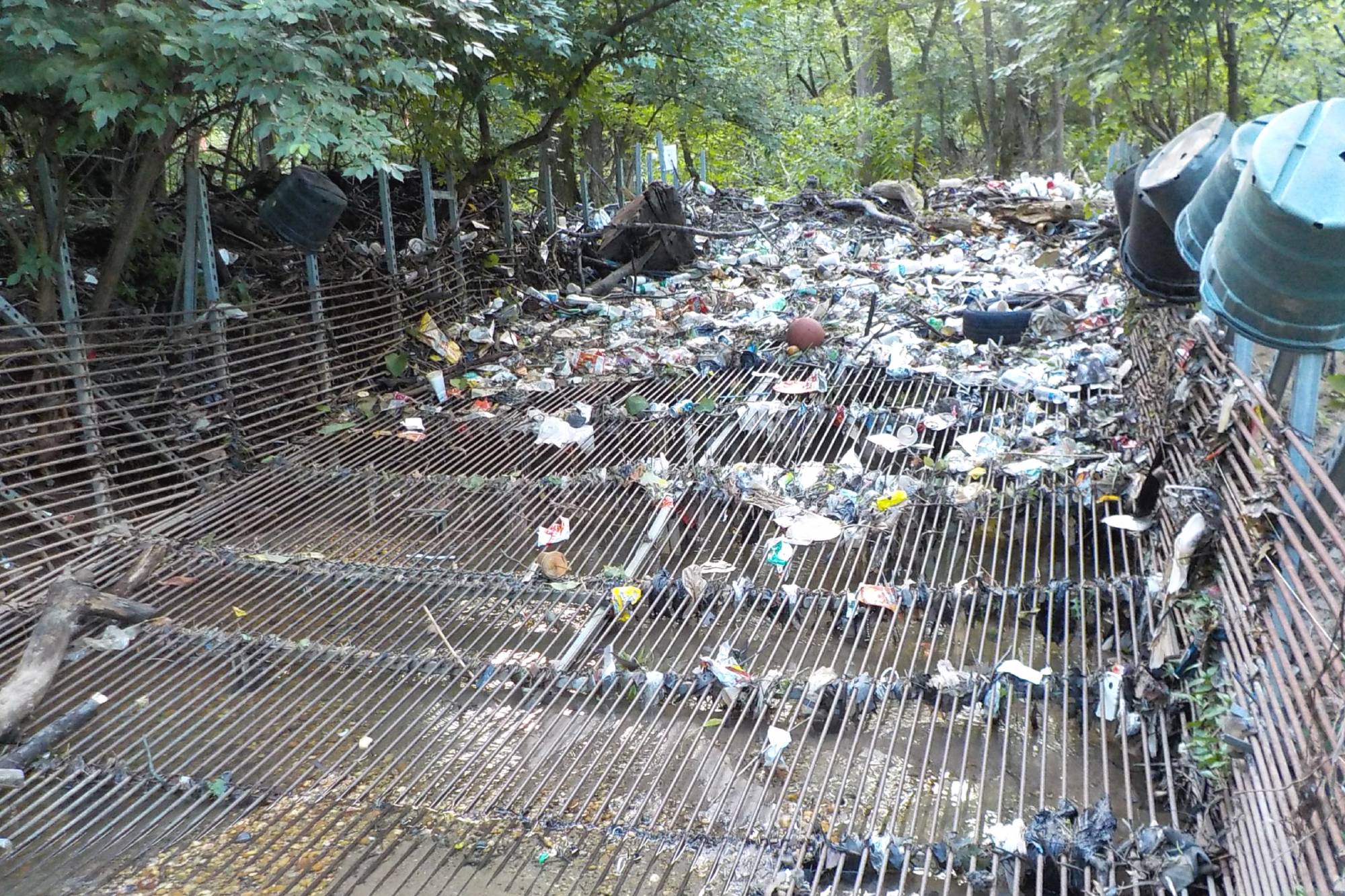 There are many other forms of pollution that effect the river outside of the water. A major problem, as in many waterways in urban areas, is trash. The stewardship team is responsible for the innovative trash trap installed at Nash Run. This is one way the AWS stewarship team is actively cleaning the river.  Most notably, we sort and measure the trash collected in order to plan for advocacy goals. The data collected at AWS trash traps has helped pass the bag fee in DC (and measured its efficacy), the styrofoam/plastic foam ban in DC, Montgomery and Prince George's counties.

The Nash Run Trash Trap project was started as a response to this problem with the support and funding of the District Department of the Environment. The goal is to capture trash before it enters the main tidal Anacostia. The trash trap was installed around the mouth of Nash Run, which is the entrance to Kenilworth Marsh. Via this marsh, the water and trash flow into the tidal Anacostia, making it a good location to proactively catch the trash.

In February 2009, our first trash trap was installed. Although extremely effective, there was clogging in the trap and some trash still got through the barrier. Our observation and experience of the trap over the next two years gave us the knowledge to improve the effectiveness of the design. The new trap is gently angled at 5 degrees to the ground. The stream force will be used to push up trash, leaves, and branches on the screen to suppress the clogging. This allows stream water to flow through the trap as efficiently as possible. The modified and improved design was installed in June 2011. Since then, we have added one more trash trap at River Terrace, south of Nash Run, and also work with Earth Conservation Corps to maintain a trap at Diamond Teague, where the Anacostia meets the Potomac.

The first design captured approximately 3,300 lbs of “pure trash,” meaning bottles and cans are emptied and organic matter such as leaves was removed, between February 2009 through June 2011. Trash was sorted into 47 categories for the first 2 years and the data on weight, number of pieces were collected.  Then, the sorted trash was bagged into three major categories to allow AWS staff to study the trash characteristics by volume. Findings during the first 2 year study showed about 45% of trash was bottles and cans and 22% of trash was styrofoam. The detailed report is availabe online (https://doee.dc.gov/publication/demonstration-trash-reduction-technologies).

AWS has been persistently and patiently continuing to collect the data.  The most recent volume analysis shows that only 4-5 % is Styrofoam thanks to the Styrofoam bans in DC, Prince George's and Montgomery Counties, and additional trash trap installed in Nash Run.  About 42 % trash remains bottles and cans.

In addition to the trash trap being an effective tool to clean the Anacostia, its results are allowing AWS to gather concrete numbers to help fight for new legislation in the future.

It takes the support of many volunteers to help AWS maintain the trash trap. Look at our calendar of events to see when the next clean up of the Nash Run Trash Trap is for an opportunity to help clean the river alongside our AWS staff!